A Hole in His Heart

Baritone Morgan Smith reveals how he becomes that lover we love to hate, Don Giovanni 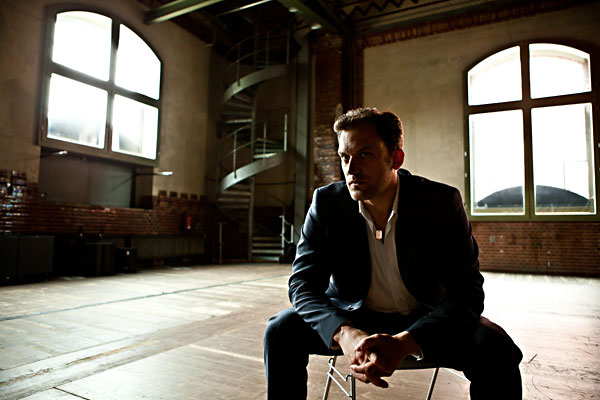 The operatic dream team of Wolfgang Amadeus Mozart and Lorenzo Da Ponte crafted Don Giovanni from the amorous Don Juan archetype, but the character of Giovanni is more nuanced than that. Yes, he's a promiscuous murderer, but we adore him anyway – much to our horror. The moral ambiguity of the story carries a modern sensibility that continues to mystify and transfix audiences around the world after hundreds of years.

Morgan Smith is about to perform this title role with Austin Opera. You can easily tell from his booming voice – even over the phone – that Smith is an opera singer. But he is also thoughtful and sensitive. The baritone offers an insightful perspective of what it's like to wrap your brain, heart, body, and vocal cords around this complex character.

Austin Chronicle: Don Giovanni is a character that audiences both love and love to hate. How do you understand him?

Morgan Smith: I see Giovanni as a guy who is kind of a victim of his own devices or inadequacy, trying to fill the hole in his heart. And it manifests in himself in this kind of insidious, compulsive, and extreme self-indulgence. To play any character effectively, there needs to be empathy on the part of the audience. You need to compel that connection between performer and audience. If, after Giovanni is gone at the end of the opera, the audience doesn't miss him, then I haven't done my job.

AC: But Giovanni boasts his 1,003 romantic conquests in Spain alone! So you want us to sympathize with him, even though he's a lecherous guy?

MS: Actually, I wouldn't even box Giovanni into the description as "lecherous." It's dangerous if you start trying to play a character like the person who you think they are. If you just simply hone in to what's on the page, the rest will take care of itself. I just play Giovanni and let the audience decide.

AC: I've always thought that Giovanni's bromance with Leporello gives him a redeeming charm. What do you think about this relationship?

MS: Yes, that is a good point; the success of this opera hinges on that relationship. The two players have to be absolutely in sync. There has to be a palpable rapport. The audience needs to see their best friend in that relationship. From go, Matthew Burns (playing Leporello in the Austin production) and I had that common sense of humor, and we both bring a common sense of joy and humor to the table and playing off each other. I am already discovering new ideas as new choices, even though we've both done this opera many times.

AC: How do you prepare for the seductive dimension of Giovanni's character?

MS: You really have to involve the body. This character is all about attracting others. As Giovanni, you want the women to want you and the men to want to be like you. That starts with how you walk, how you carry yourself.

AC: You've had a prominent voice in modern opera productions, including creating the role of Starbuck in Jake Heggie's Moby-Dick [2010]. What's the difference in your approach to singing a world premiere of a contemporary opera versus this most classic role?

MS: There is something extremely liberating about creating a new role. But I also think the role of Don Giovanni is extremely liberating because you can bring everything and anything to the table. Each night after you do it, you can infuse it with even more energy and up the ante. So I see, in a way, a connection between the freedom that is provided by creating a new role, and if you are doing a good Giovanni, you have to create anew every night.

AC: You mention how, over time, you have been infusing more into this role. How has your interpretation evolved in your experience of performing Giovanni over the years?

MS: The last time I played Giovanni was nine years ago. I was 31, and now I'm 40. In the years between, I've had two kids and been divorced and remarried and traveled around the world, so life has really happened in between. I've gained a tremendous amount of perspective on human relationships and gained a great deal of clarity of the responsibility that comes with being a family man.

AC: What's your favorite part of the opera to sing?

MS: The final scene. It is one of the most high-stakes, good-versus-evil moments in the entire repertoire.

AC: Speaking of the final scene, how do you muster the energy for that powerhouse finale?

MS: In terms of drumming up the enthusiasm, Mozart does that for us. But this is one of the longest roles for a baritone. It fundamentally requires a certain amount of endurance and maturity. Endurance comes with practice, just like with athletic disciplines. Certainly getting a good night of sleep helps.