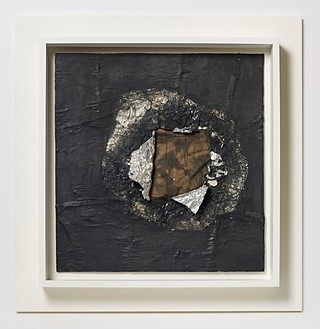 With the deaths of Michael Brown and Eric Garner at the hands of policemen in Ferguson, Mo., and NYC, respectively, a movement overtook the country in 2014, centered around the hashtag #BlackLivesMatter. This unification came in the wake of the not guilty verdict for George Zimmerman, who killed black Florida teen Trayvon Martin only the year before. This convergence of black voices created a dynamic dialogue about not only the current state of race relations in America but also the history of black culture in the United States. Many voices were saddened and solemn, lamenting that while the Voting Rights Act of 1965 may be behind us, there is still so much work ahead to create a country of true equality.

The Blanton Museum of Art's "Witness: Art and Civil Rights in the Sixties" takes a timely look at art from that pivotal moment in American history. Organized by the Brooklyn Museum in New York, "Witness" showcases painting, sculpture, and photography (among other mediums) that helped capture the legacy and creative expression of these early freedom fighters. In Barkley Hendricks' Lawdy Mama, a black woman with a beautiful soft brown afro is posed against a gold leaf background. It's a quiet portrait of vulnerability in a historical climate that focused so intensely on violence. Likewise, the show's organization seeks to provide a nuanced look at the Civil Rights Movement by homing in on eight sections: Integrate/Educate, American Nightmare, Presenting Evidence, Politicizing Pop, Black Is Beautiful, Sisterhood, Global Liberation, and Beloved Community.

Though "Witness" weaves a strong story of individuals and community in flux as they fight for civil rights, the exhibition's core is Jack Whitten's Birmingham 1964, a stark, aggressive, and somber piece that communicates the harsh reality of progress birthed from violence.

"Witness" emphasizes the need for more complex, multidimensional accounts from the country's civil rights era. In its presentation of art as an expression of social justice, the exhibition goes above and beyond to cement the reputations of the artists who documented their changing world – the question is whether audiences who have culturally compartmentalized those voices over the past 50 years will be open to experiencing them in all their multitudes now.

Blanton Museum of Art, 200 E. MLK
www.blantonmuseum.org
Through May 10