New Model for a Funny Business 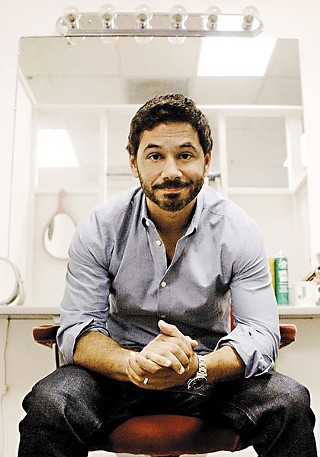 "It used to be that comedians were these competitive independent contractors, lone wolves sort of in it for themselves," says comedian and actor Al Madrigal. "That's still sort of the case – but we're trying to break them of that."

And for good reason – the crux of which involves reducing professional comics' dependence on a corporate system that denies them full ownership of their work.

In 2012, Madrigal – best known as a correspondent on The Daily Show With Jon Stewart – and fellow comedian-actor Bill Burr co-founded All Things Comedy, an innovative comedy podcast network and artist cooperative. The nascent digital-media outfit is the focus of a SXSW panel, Owning Your Work: The Future of All Things Comedy, presented by Burr, Madrigal, and Doug Benson: the comic, stoner idol, podcaster, and digital-content trendsetter of Super High Me, Doug Loves Movies, and Getting Doug With High fame. 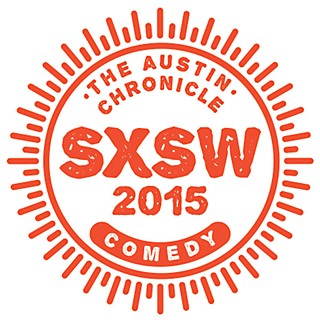 While forebears like Scott Aukerman's Earwolf and Chris Hardwick's Nerdist were among the first to provide a major platform for unique comedy podcasts, All Things Comedy is distinguished by its communal business model and collectivist character.

"This is all comedian-owned," says Madrigal. "Everyone gets to maintain ownership of their property. Let's say with Neal Brennan and Moshe Kasher in The Champs podcast – which is one of our top shows – they own every bit of that. We do not take money from them at all. We're hoping to make them money. They get to own it, and we're just in a place to promote the show."

ATC presently boasts more than 80 pro comics and 56 podcasts – including Burr's Monday Morning Podcast and the flagship All Things Comedy Live Podcast, co-hosted by Madrigal and Burr. (They will record a special live podcast from SXSW at Esther's Follies following their panel presentation.)

Standout comics like Jackie Kashian, Ari Shaffir, Doug Stanhope, and the network's founders headline ATC's sea of talent, with all taking part in the cause of boosting one another's careers and keeping the suits from unjustly profiting off their backs. "The reason for All Things Comedy," says Burr, "we just smelled it: Here comes another thing the little guy is coming up with, these podcasts. These things are taking off, and it's just a matter of time. These business people were coming in, they were starting to corral them, and they were having artists sign away the rights to their shows. And to me, it's like, with the Internet: You're free. You can do whatever you want, and all of a sudden you go back to the devil and you basically go back on the plantation, you know what I mean? You were a free man, why would you ever go back? I just think there's this mentality of, 'I have to be in business with these criminals,' and you don't."

A product of an era when professional artists of all kinds are opting to stay out of bed with the entertainment business and assert their independence through evolving digital mediums, ATC also harnesses the growing spirit of reciprocity coursing through the comedy community in the podcast age.

"We really want to get behind each other's projects, we all want to be on each other's shows, try to help the numbers that way," says Madrigal. "Bill will also try to be on as many shows as he can. A lot of the bigger comics who have more of a draw really try and boost the smaller shows."

And podcasts, say Madrigal and Burr, are just the beginning for ATC.

"We're trying to become this self-sustained unit," says Burr. "We'd love to have a record label, we'd love to help comics put out their material, stand-up specials. In the end, what I really want is, that when we're all old and gray, none of us are broke. None of us got screwed, you know what I mean? You actually got the money that you earned. That's what it is, and we're figuring out how to do this. It's a new business model."