Sanctuary in the Past

In The Whispering Swarm, Michael Moorcock confronts ghosts – history's and his own – in a secret area of London 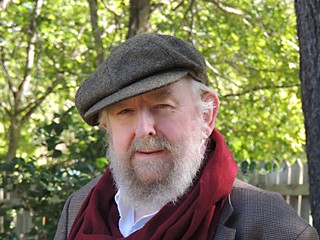 At age 75, London-born Bastrop resident Michael Moorcock has enjoyed a storied career. Having written such acclaimed novels as Behold the Man, Gloriana, and Byzantium Endures, and created Elric of Melniboné, Jerry Cornelius, and a host of other aspects of the Eternal Champion, who appear in dozens of related novels and stories, Moorcock is one of the most celebrated practitioners of fantasy fiction in the second half of the 20th century. And he's one of the most influential as well, since as the editor of New Worlds magazine, he helped launched the careers of Harlan Ellison, J.G. Ballard, Philip K. Dick, and other members of science fiction's so-called "New Wave."

Now the story of Moorcock's own life plays an integral part in The Whispering Swarm (Tor, 480pp., $26.99), the initial installment of a new trilogy set in and around a mysterious London neighborhood known as the Alsacia. In this, his first independent novel in nine years, Moorcock interpolates events from his youth and early adulthood – such as editing Tarzan Adventures at age 16 – into a fantasy plot that involves a plan to rescue King Charles I from execution. Filled with autobiographical details and magical occurrences, the novel explores the conflict between responsibility and romance, between Law and Chaos. In advance of his booksigning event at BookPeople on Jan. 23, the prolific author answered a few questions for us via email.

Austin Chronicle: How has it been for you to be a Londoner living in Texas?

Michael Moorcock: It's a bit like having front row seats for the decline and fall of the Roman republic. I was curious to understand how right-wing America thought as it did. So I picked a town near Austin because it's reminded me of the funkier parts of, say, Los Angeles. Then all the Californians thought the same. Now prices are sky-high and the funk has been marginalized, so expensive apartment buildings can be built where [the bourgeoisie] can feel safe and complain about the noise of the music from the few remaining downtown venues.

AC: What is your process for writing a major novel like The Whispering Swarm? Did you do extensive research? Did you outline the plot or just see where the characters and situations took you?

MM: Both. There are enormous differences between Byzantium Endures, say, which took years to research and write, broke up my second marriage, and left me exhausted, and The Whispering Swarm. Being autobiographical, a fantasy, and involving a period of the 17th century I already knew, I didn't need to do much research. What I hadn't expected was the pain of facing certain ghosts.

AC: The book is filled with autobiographical details. What was it like to revisit your childhood and early adulthood? Was it difficult to write about your first marriage and your children? 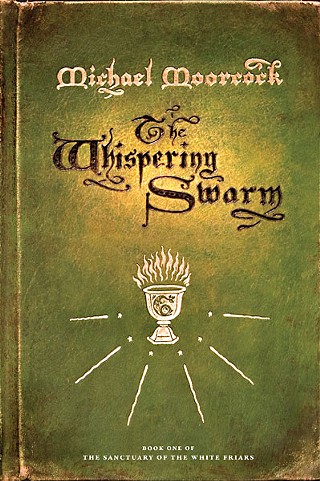 MM: Very painful but also enlightening. Requiring me to face unwelcome facts. I felt a bit of a bastard. I was offered editorship of a national juvenile weekly at the age of 16. I began to realize how that happened and just how lucky I'd been to be born at that time of a mother like mine who encouraged my writing and musical ambitions. Some things I modified or left out so as not to hurt feelings.

AC: "Alsacia" is a term for which most American readers probably don't have a reference point. Can you tell me a little about its history and reputation as a sanctuary?

MM: Few people in England know of it now, but Walter Scott and writers of highwayman penny dreadfuls loved it. A romantic city hidden within a larger city! Pious Henry III granted the lands near Fleet Street to Carmelite friars expelled from the Holy Land at the same time as he was permitting pogroms against Jews. An abbey was built by these "White Friars." It and its lands were effectively a church in which people found sanctuary. In time, it became one of several "thieves quarters" in London. It was eventually razed in the 19th century.

AC: What inspired you to use Alsacia as a setting for a new, stand-alone fantasy trilogy?

MM: Increasingly, I explore the interface between myth, escapist fantasy, and reality, as most of us understand the term.

AC: What is your take on the state of contemporary science fiction and fantasy? What current writers do you read and appreciate most?

MM: Apart from books sent to me for an endorsement, I read very little modern genre fiction. In the 1960s, we wanted to see a moribund and sentimentally nostalgic form of "literary" fiction being replaced by a fiction which retained the techniques of modernism, if it wanted to, but also drew on the increasingly sophisticated methods of science fiction writers like J.G. Ballard, Philip K. Dick, Thomas Disch, and others to examine contemporary morality. Michael Chabon, Cormac McCarthy, Margaret Atwood, Salman Rushdie, and many others are doing that. I read individual authors, not genres.

AC: What are your thoughts on the current state of the publishing and bookselling businesses?

MM: It's a lively and interesting time to be a writer, much as it was in the 18th century! 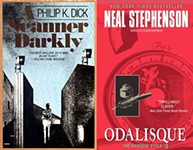