New Sounds of the Season

Christmas cheer for the ear from UT Wind Ensemble, Austin Symphony, and Conspirare 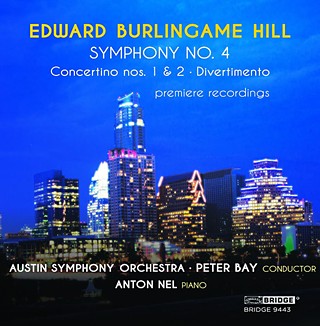 Santa may be able to keep tabs on just how naughty or nice everyone is all year, but even he can't keep track of everything produced by Austin's creatives. The stream of art, dance, theatre, comedy, music, poetry, and prose turned out on a daily basis in the 512 is so prodigious as to be beyond the powers of any one mortal – or jolly old elf – to stay abreast of. Fortunately, Team Arts at the Chronicle is here to help Kris Kringle (and you, dear reader), with word on three hot new musical releases that would make oh-so-cool gifts this yule.

Maybe you know someone whose holidays aren't complete without the choral enchantment of Conspirare. The Company of Voices' annual seasonal concert now belongs to the Ghost of Christmas Past, but you can still catch a wondrous echo of its magic through its latest CD, Unclouded Day: Conspirare Christmas 2013 (Conspirare). The recording, which topped the charts at Waterloo Records the week of its release, captures not only the sublime vocalizing that graces every performance by this choir, but also the uncanny flow of music that Artistic Director Craig Hella Johnson crafts specifically for the Christmas concerts. The singers glide through some three dozen songs, easing from devotional hymns to pop tunes to contemporary classical songs to spirituals in ways that you think ought not to work – really? Benjamin Britten into an Irish folk song into the Eagles?? – and yet they do, and are unfailingly beautiful and unexpectedly moving. The bird imagery that Johnson threaded through the songs creates a tone of poignant yearning – that human desire to be loose from the chains of earth, to find that freedom we see in creatures of the air – which is given glorious voice by special guest Ruthie Foster, whose lead vocals on numbers such as "I Wish I Knew How It Would Feel to Be Free," "Feeling Good," "I'll Fly Away," and her own "Welcome Home" swaddle the heart in the tenderest of aches. Johnson programmed the concert as a journey, and he, Foster, and Conspirare carry us from a land of earthbound longing up into the realm where angels sing.

You may recall that earlier this year the Austin Symphony Orchestra raised $30,000 through Kickstarter to help fund its first commercial recording. Well, in the final weeks of 2014, ASO has released that recording. Edward Burlingame Hill: Symphony No. 4 (Bridge Records), made available Dec. 9 on iTunes and Amazon, contains works by Hill, remembered more today for teaching others to write music – Leonard Bernstein, Elliott Carter, and Virgil Thomson among them – than for writing music himself. This project, instigated by local music scholar Karl Miller and ASO Director Peter Bay, was started to help rectify that by commiting to disc some of Hill's work, which has gone mostly unrecorded. And the case that it makes for Hill is attractive indeed. The four works provide a dip back into the waters of American music between the world wars, when composers here had stopped looking to Europe for inspiration and found it on our own shores, in the broad expanses of the heartland and modern spires and jangling bustle of the cities. The two concertinos and the divertimento are bright, shiny relics of the Jazz Age, afizz with syncopated rhythms, which Bay handles with the lightness and flair of a Gershwin score. The bounciness of the orchestra and sparkle of Anton Nel's superb piano work imbue the pieces with cosmopolitan charm. Symphony No. 4, written in 1940, carries some of the weight of the Depression on its shoulders, but also boasts some of the muscle of that period's regionalism, especially as heard in Aaron Copland's music. Bay and company give it a full-bodied reading that finds the work's pulse and drama.

That musical expression of American spirit is alive in another new release, but the composer of the music on it is of our time and our town. Places in the West: Music of Dan Welcher (Longhorn Music), which came out in November, features works by the longtime University of Texas faculty member and force for new music throughout our community played by the UT Wind Ensemble. The recording takes its title from a suite collecting four pieces composed by Welcher over a span of two decades, all inspired by natural wonders of the American West. Welcher's soundscapes, like Copland's, offer an expansiveness and grandeur resonant with that region, but woven throughout the stately chords of the brass instruments and rolling thunder of the timpani are busy flutterings of flutes and woodwinds and the crisp tolling of bells. It is nature as alive and animated as a jazzy metropolis in a Gershwin Rhapsody, and conductor Jerry Junkin draws from his musicians such clarity and robustness of sound that the music at once inspires awe and invigorates. The CD also includes Welcher's Symphony No. 4, "American Visionary," inspired by the life and career of entrepreneur/philanthropist George Kozmetsky. The three movements range from the playful idiosyncrasies of "Machines" to the unapologetically lovely lyricism of "Family" to the celebratory drive and optimism of "Community," with Junkin and his band merging the mechanical and the mortal with a stirring exuberance. One is left at the end of the recording with a new appreciation for the American character in both its land and its people: the openness, the sweep, the verve. Wouldn't that make a unique present for someone this Christmas? 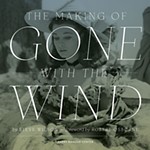 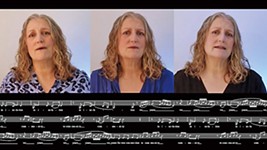