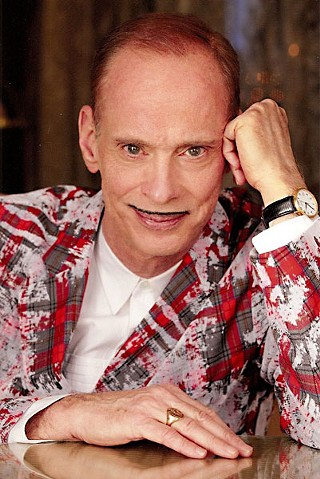 When interviewing the proudly self-defined "Pope of Trash (or Filth)" John Waters, it helps to prepare oneself for: 1) a brief encounter, and 2) being his straight man for 15 minutes. Every question becomes a setup for one deadly one-liner after another. It's not a diversionary tactic – it's part of his art. Besides building his cinematic reputation on putting the gag in "sight-gag" via such stunts as Pink Flamingos' notorious closing visual definition of the term "shit-eating grin," Waters is at root a humorist, one whose raw material presents the most sordid aspects of American living, yes, but is still as vital and on-target as Mark Twain.

This past summer, Farrar, Strauss and Giroux published Waters' hitchhiking travelogue, Carsick (see sidebar). On Friday, Nov. 7, he'll be in town to take Fun Fun Fun Fest's spoken-word-and-comedy Yellow stage. It's not his first Austin encounter: The Baltimore native has fond memories of drinking all night with film director Tobe Hooper on his first visit here. "I still have the skull that he gave me from the set of The Texas Chain Saw Massacre," says Waters.

Austin Chronicle: We've met before. The one thing I took away from that experience, because we did speak a little bit, is that you're gracious to a fault, and you clearly love your fans.

John Waters: Oh, they bought me my apartments and my clothes! Why wouldn't I be grateful to them? Are you kidding? The only time I'm rude to anybody is if they ask me, "Do you have a hobby?" And then, I'm furious! Do I look like a dabbler?!

AC: Well, you may not be a dabbler. But you have built a life for yourself that has enabled you to make a living being – and I believe you've called yourself this, too – everybody's pervy uncle.

JW: Maybe. That's true – I'd be a much better uncle than father, because I'm way too self-involved and travel too much. But I'll get you an abortion. I'll get you out of jail. I'll put you into rehab, all the things uncles are supposed to do.

AC: You certainly have a knack for taking the most sordid things in society and making them seem as wholesome as a Walt Disney film.

JW: Well, I think Pecker got a review that said it was "a Disney film for perverts." [Laughs] I thought that was a good way to put it. It's because I'm not mean-spirited. I genuinely do love everything that I make fun of or am curious about. I'm always curious about human behavior, so I think the politics of my movies has always been, "Don't judge people if you don't know their story or what happened to them." And I've always been fascinated by people who think they're normal but are completely insane. That's all I'm trying to do, is surprise you and make you chuckle at the human condition.

AC: The reason we're interviewing you today is you're going to be in Austin for the Fun Fun Fun Fest, doing spoken word.

AC: So you're gonna do "I Want to Take You Higher" because Sly Stone can't?

JW: I'm gonna do a medley of every hit by every rock star that ever died in a plane crash.

AC: Actually, that would be a good repertoire.

JW: It would be. It would be great. Some really great people died that way. I made a person nervous once. I take Cape Air a lot, which is a tiny six-seater plane. And I don't remember this, but I met somebody who said to me, "I was seated next to you on Cape Air once in a thunderstorm, and I was terrified. And you just turned and whispered to me, 'The Big Bopper, Patsy Cline, Ricky Nelson, ...' I was so horrified you'd say that to me!" I have no memory of doing that, but I would have, I guess. But I've always had a great time in Austin. It's always been a really good place for me, from the very beginning of my career.

AC: What is it you're planning to do at Fun Fun Fun? I know you have a show that you tour with called This Filthy World.

JW: It's the rock & roll version. I haven't been there in a while, so it's lots of new jokes. And certainly, it will be the jokes that embrace music. This Filthy Music World – maybe that's what it should be called.

AC: I've seen in Carsick and in several interviews that you have had a film project in the works called Fruitcake, but you can't get financing for it.

JW: Well, I got paid great to write it! I had a development deal and everything! Who knows? Maybe it's because I answer all the meetings afterwards in a bright, polite note on my Blackberry, and I sign it, "Best, J.W." – for John Waters. But the Blackberry corrects it to "jew!" [Laughs] And it took me a few times to realize that! So that may be the reason I'm having problems.

AC: That seems odd, since all your films since Hairspray at least have been box office successes.

JW: I don't know. A Dirty Shame didn't make any money. The thing about my movies is they continue to play forever, and they're always available. They're in box sets, and on television Polyester came back with new Odorama cards in America and London. Now it's going to open in France. So I think that they're like a backlist in publishing – they never go away. My father said, "Yeah, like cancer!" My father always gave me the best quotes. After A Dirty Shame, he said, "It was funny, but I hope I never see it again!" Another classic blurb from my dad!

AC: You've joked that you feel you're getting too respectable –

JW: No! I never said "too respectable!" I just had a big 50-year retrospective at Lincoln Center, and finally! I'm filthy and respectable! That's a great, great feeling! I'm an insider now! I'm not gonna get better than Lincoln Center. I'm not gonna get the Kennedy Honors! It was like being at my own funeral. I got to hear all the nice things people said. And they showed all the films, including the very first one [1964's "Hag in a Black Leather Jacket"] that had only been shown once before, in a beatnik coffeehouse to absolutely no notice. And 50 years later, we're in Lincoln Center! That's the only two showings it's ever had.

JW: It is. It's a long way from Lutherville, Maryland. 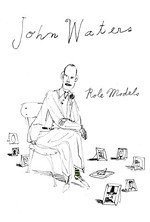 Role Models
In this collection of prose portraits of some of his cultural heroes, the legendary filmmaker regularly reveals more about himself than his subjects