Evidence of Things Not Seen

Lindsey Lane's new novel of a missing boy and the lives he touches: an excerpt

(Lindsey Lane has made her mark as a writer in many areas: the stage, with the hit one-woman play The Miracle of Washing Dishes; children's picture books, with the award-winning Snuggle Mountain; and alternative newsweekly journalism, with a number of stories she wrote for The Austin Chronicle from the late Eighties through the mid-Nineties. This week, she conquers a new arena: the Young Adult novel, with Evidence of Things Not Seen. This multitalented author will read from her latest work and sign copies this Sunday, Sept. 21, 2pm, at BookPeople, 603 N. Lamar. Here is an excerpt from the book and a little background on it from Lane herself. – Robert Faires)

Evidence of Things Not Seen is about a boy, Tommy Smythe, who goes missing from a pullout by the side of the road. Only his motorbike, which he calls Ruby, is found. As people search for Tommy, their lives go a little off-kilter (as things do when we are looking for something lost). Stories unfold in the pullout, one of which was actually inspired by my time as a journalist at the Chronicle. The paper's editor, Louis Black, sent me to Gatesville to interview Karla Faye Tucker, the young woman who murdered two people with a pickax. During the interview, she said something that sent chills down my spine. I was asking her about her childhood, and she described how her mother would have parties for men, and she said, "I helped my momma with the men." I gulped and asked her how old she was. "About 14." I said, "Did you feel like that was wrong?" And she said no, she felt proud of helping her momma and helping earn some money. Then five years later, high on methamphetamines, she pickaxes a friend's ex-boyfriend and his current girlfriend in the middle of the night in their bed. It played on me. I mean, I just kept thinking that there was a betrayal by her mother. And that betrayal tore a hole in her innocence. And that hole, that rip, started a kind of unraveling that led to the murders.

Karla stands in the middle of the pullout. The pickax in her hand is sticky with blood and brain and hair. She hears the gurgle in the man's throat and then silence. Just her own breath. Hot and sharp. In and out.

She rubs her face. It's wet. Sweat stings her eyes. How could she be hot? Isn't it nighttime? She looks up to find the full moon that had been hanging above her windshield all night long but it has fallen. Almost to the tree line.

On the ground near her feet is a patch of white. At first it looks like a bit of the moon's shadow through the trees. But it's too bright. Karla reaches for it. She wasn't expecting to pick up a sheet of notebook paper. She thought it would be a napkin that had blown out of someone's car. Or some other bit of trash. Karla turns it over and sees a few lines of handwriting.

Need to tell Alvin that I named my bike Ruby. He said it had to be a girl's name and match its personality. I don't think a bike can have a personality. But I found a name that matches the color. And it's a girl's name. I looked it up. Yeah. Ruby.

Karla turns the paper over, hoping there's something else on the other side. She wants to know more about Alvin and Ruby and whoever wrote this funny little note to himself. Or herself. It seems like the stupidest and most important note in the world. She wishes that she had written it. She wishes she knew an Alvin. She wishes she had a bike with a name she'd chosen.

She looks around. Has she been to this pullout before? Its semicircular shape looks familiar. Or is it a different one? It has to be different. She's miles from Texas City. Miles from the pullouts there. Miles from the bars and honky-tonks and the long flat stretches of highway cutting through the marshes. Where is she? What time is it? This time of night always confuses her. Is it late? Or is it so early the sun isn't up? It's like the compass of time doesn't work in these blank hours. Always Karla feels unmoored, like she's drifting and lost.

Her momma always woke Karla up at this time of night. Sometimes with yelling. Sometimes with giggling. Always with smell of cigarette smoke drifting over her like a gauzy blanket. This time, her momma was giggling. Karla lifted her head off the belly of the stuffed bear she used for a pillow and peeked over the edge of the front seat. Cigarette smoke curled around her momma's thick, dark hair. She was staring straight ahead and laughing. Karla could see a pair of red lights, like eyes, staring back at her momma. The tip of her momma's cigarette flared as the car surged faster. Karla felt the speed press in on her stomach. The car shifted and jerked her body across the backseat of the car. The plastic upholstery was cold in the new places she touched. It woke her up more. 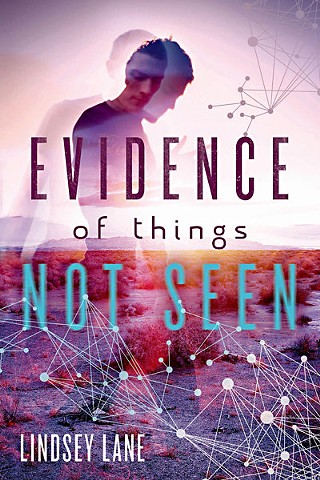 "I'll get you, you S.O.B.," her momma yelled out her window. The giggle was gone. She was on the hunt.

Karla reached for stuffed bear and pulled it to her. "Momma — "

"Shut up, Karla Ray. I got to get our money. That S.O.B. thinks he's gonna get a free one offa me, he's got another thing coming."

Karla felt the car accelerate again. Her momma honked the horn. The blasts whipped by the open windows. Karla peeked out and saw the edge of a dark pickup loom alongside. A man in a white cowboy hat was framed in the window. He was laughing. In his teeth was a bill. He took it out of his mouth and held it outside his car like he was going to drop it.

The car swerved. Karla slid across the backseat. Her momma held the wheel with one hand and reached across the seat with the other, trying to grab the bill.

"Goddamnit. Jimmy, Stop your goddamn truck and pay me my money."

The pickup truck slowed, but it didn't stop. The man reached farther out the window. The bill flapped in his fingertips.

"Karla Ray! Get your little butt up and get my twenty bucks."

"Get it before I stop the car and beat your backside twenty times."

Karla set her bear on the floor and knelt on the backseat. She leaned out the window and grabbed onto the handle above the door. As she stood, she leaned farther out away from the car. The man's hand was right there. She could grab the bill and be done. But the hot wind caught her. It whipped through her hair and across her face. The stink of the heavy marsh air was gone. It was warm. She reached past the man's arm and hung her body farther out the window. Maybe she could fly. 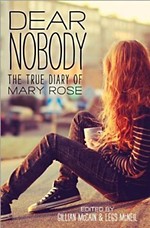 Dear Nobody: The True Diary of Mary Rose
This nonfiction account of a teen's encounters with sex, drugs, and jail is one long, raw primal scream 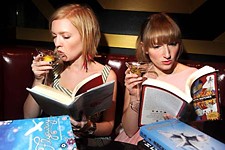