Making Offers No One Can Refuse 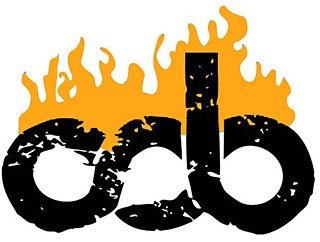 The Hideout. Merlin Works. ColdTowne. The New Movement. The Institution Theater. Ladies and gentlemen, these are the Five Families of Austin improv.

(It's like something out of a story about the Mafia, right? Except that most of these people, who only half-jokingly refer to themselves as the Five Families, aren't biologically related; these groupings are more of the intentional family sort. Also, actual criminal activities? Not so much.)

These five families – led by the scene's current godfather figure, Jeremy Sweetlamb – are the force behind this weekend's 13th annual Out of Bounds Comedy Festival.

Producers and subproducers and lieutenants and foot-soldiers and pretty much everyone within the families are working together to bring this city 500 performers in 120 shows in the seven days leading up to Labor Day. The featured performers are improv artists and stand-up comedians and sketch troupes, and some of these performers are of the big-name variety (the writers of Key & Peele, Saturday Night Live alum Paul Brittain, Lauren Lapkus from Orange Is the New Black, and more); and some of them are from, oh, France and Iceland and Canada and Australia; and many others hail from other parts of the U.S.; but most of them are homegrown Austinites who kick the kind of comedy ass necessary to appear among this crowded pantheon of talents.

That the families are working together to achieve this – as they've worked together to achieve the continuing success of the scene in general – isn't surprising. It's not surprising because this is Austin, right? Because other improv communities in other cities just aren't as interconnected and inclusive and full of amiable Musketeer-like camaraderie as this town's Five Families are, right?

But you suggest this theory to that godfather Sweetlamb, and he doesn't want to buy into such a Pollyanna idea. And Sweet­lamb's cronies among the families, they want to add clarifications and codicils to such a statement as well. But the more they talk about it, the more you see that, well, there is something unique about the positive interaction of the families, of the improv community in this burgeoning river city.

I know this to be true because I recently sat down with representatives of the Five Families – Kaci Beeler and Kareem Badr of the Hideout; Shana Merlin of Merlin Works; Michael Jastroch of ColdTowne; Michael Foulk of the New Movement; and Asaf Ronen and Tom Booker of the Institution Theatre – and this, in part, is what was said: 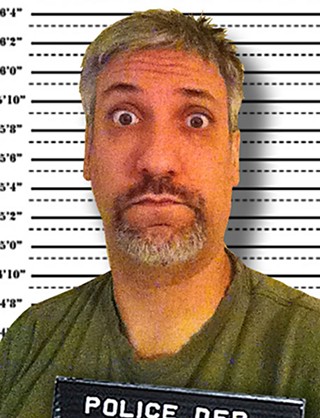 Austin Chronicle: I hear that the improv scene in other cities is not like this. In New York, in Chicago, in L.A. – even though there's some interaction there, it's a lot more competitive, a lot more tooth and claw. What is it that makes this town the sort of place where the Five Families of Improv are all interconnected and working so well, so happily, with each other?

Jeremy Sweetlamb: I think that's a very rosy look at it. Personally, my view is that it's not as connected as that. There are definitely people that cross over and plenty of ideas that get exchanged, but there are, ah, there's some bad blood. Kaci Beeler: But I'd say we all get along pretty well, comparatively. I was just talking to a woman from Houston, and she was like, "How can we make our theatres in Houston get along?" And I was like, "I think you have to have more of an open-door policy," which we mostly have here. Maybe it helps that the Hideout was the initial place, where we all funneled through that theatre and then spun off from it? So we got to know each other through that and through Out of Bounds being this big festival where we come together on common ground. And, after that, it's a working relationship – and we've been working to be inclusive as much as possible. We all have shows where we have performers from other theatres, and I think the New Movement's getting to that point. Michael Foulk: The difference with the New Movement a lot of the time is that, for most improv shows, our rule of thumb is that the performers should've taken a class at TNM, at least, or make some sort of effort in that vein – and that's a rule we get flack for sometimes. But it's just, uh, the business model we're working under for New Orleans and Austin. And there's always times when someone vouches for something, like, "Hey, this outside show is really great, let's put them on at TNM." And you go through people, and they're like, "Yes, we can do this." Beeler: The New Movement is like the new kid in town, a little bit, with their own upstart rules.

Asaf Ronen: Well, they have a responsibility to their students and stuff.

Beeler: Well, we all have. I think all of us know what that's like.

Foulk: Yeah, it's definitely something we're trying to figure out on our side – how to fulfill that. Michael Jastroch: That's always been a struggle, that line between maintaining your artistic vision and being inclusive. I think, even though Austin's not this perfect rosy place and there's certainly bad blood here and there, or infighting ... but, at the end of the day, most of the owners of the theatres are friends. I mean, we're all so busy we don't get to hang out as much as we used to, but ... Shana Merlin: One of the things that's special about Austin is that I can imagine us all having a show together next week. It wouldn't be shocking for everybody at this table to be onstage together. And that'd be awesome. And that doesn't happen in other towns. I've played on every stage in town, and I feel welcome on every stage in town, and I think that's really special. I remember a time when that wasn't the case here, in the early days of the Hideout. Like, "I don't know those ComedySportz guys, what they're doing." Sweetlamb: Well, they weren't allowed to be in other shows.

Merlin: You had to pick a place.

Sweetlamb: You had to claim your allegiance.

Merlin: And that's how it is in most other cities: You pick your home theatre, and that is it. Jastroch: I think one of the reasons the Austin groups are scoring so high on the OOB submissions is because all of us have approached the improv scene not with an exclusionary view, but with more of the perspective of "a rising tide lifts all the boats." Part of my personality, when another theatre opens, I'm like, "Oh god, what's that gonna do to my business?" But whenever that's happened, my business and my houses have gotten better.

Ronen: There's truly a growing demand, and a lot of these theatres that are developing are dealing with that. And also, let me just say: You can't have a family without dysfunction. Especially the way this scene has been growing soooo huge over the last few years. When I moved here seven and a half years ago, ColdTowne was just a few months old in their space. And now we've got the Five Families.

Merlin: I think Out of Bounds is another reason we all get along. I got to play for the first time at the New Movement at Out of Bounds last year. It's something that brings you into different spaces, and you get to see local acts that maybe you wouldn't see, and a lot of people from different theatres work together on the festival.

Sweetlamb: ColdTowne's first appearance was when Shana and Shannon [McCormick, of the duo Get Up] gave them stage time the week after Hurricane Katrina.

[Note: The original five members of ColdTowne moved to Austin after that storm devastated New Orleans.]

Jastroch: The big, big, big reason we stayed in Austin was because of the openness of the scene. When we were in New Orleans, we weren't allowed to book shows outside of our theatre space. And then when we got here, and the Hideout was being run as a collective, and you were allowed to form your own groups and play with whoever you wanted to – that's a special thing, to have that kind of artistic freedom, without someone telling you what to do. And that's what's helped create this vibrancy.

Sweetlamb: I think Tom [Booker] has the most experience of someone trying to be a working actor in a bigger market. So how much do you think Austin not being a show-biz town helps with the whole Five Families aspect?

Tom Booker: I think it helps in one way: The stakes aren't as high.

Merlin: Which means: There's no money.

Booker: It just means that people are doing it for different reasons. I don't know if you've seen an improv troupe that's up-and-coming, and then there's an agent in the audience?

Kareem Badr: Yeah, everyone I've seen in L.A. They're not performing with each other, they're individually performing for whoever might be in the house. It creates a weird vibe.

Booker: This scene reminds me a lot of Chicago in the Eighties, in that we were just a bunch of young kids and rent was still cheap enough and there were a bunch of old buildings with ceilings high enough that you could make a theatre anywhere. And we were just trying stuff. The Annoyance Theatre, and even ImprovOlympic, we'd be trying anything – and there was an audience that was willing to come see it, to give it a shot, and all we wanted to do was have fun. And we were far enough from New York and L.A. that no one was paying attention to us at the time, so we had room to play – and that's kind of what it is here. One of the drawbacks of not having stakes that high is that, ah, it's like bowling night for some people, that the players aren't as interested in getting an audience as the theatre-owners are.

Jastroch: That's always a tension when you're running a theatre and a school. Why does this place exist? Does it exist to put on quality work or to give people a place to grow as performers? Where is that line?

Booker: I think if people are actively trying, and expressing themselves, it is good quality work.