The crime writer's dark world is stranger than (literary) fiction 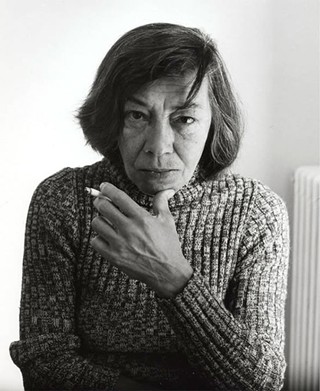 The decadelong revival of classic crime novelist Patricia Highsmith continues apace, with a film of The Two Faces of January starring Viggo Mortensen and Kirsten Dunst opening stateside this fall, Todd Haynes' screen adaptation of Carol under way, and a reissue of her complete oeuvre in digital and print by Virago Modern Classics.

Highsmith's reputation doesn't seem to be in doubt. Nevertheless, critics tirelessly argue that the Texas-born writer should be rescued from the crime fiction shelf and placed alongside her more highbrow literary influences, which include Dostoevsky and Henry James.

If ever a woman didn't need rescuing, it was Highsmith. She saw her first book filmed by Alfred Hitchcock, wrote the only lesbian novel of her day without a tragic ending, and sold quite well during her lifetime – well enough to turn up her nose at the University of Texas' offer to buy her papers for $25,000. (They're in a vault in Switzerland, thank you very much.) She preferred the company of her pet snails to most humans, so much so that she smuggled them to dinner parties in her purse.

Stylistically, Highsmith doesn't compare to either the lush James or feverish Dostoevsky. Her prose is blunt yet rarely immediate, muffled by a veil of dissociation. The protagonists it suits best are sociopaths like Tom Ripley and Vic of Deep Water, whose "reactions were weeks late, so that he had a hard time attaching them to their causes." Minor gaps and redundancies alert readers to the characters' warped reality, but Highsmith herself feels so close to her protagonists that there's little room for judgment or even separation. It's not sympathy or empathy we feel for Highsmith's monsters but near-total identification.

That's a darker proposition than anything in Dostoevsky, and it's a sight too dark for Hollywood. Film adaptations tend to lighten Highsmith's source material, endowing her unrepentant murderer-protagonists with sympathetic qualities. Matt Damon's boyish Ripley in Anthony Minghella's 1999 adaptation is masterful, but more vulnerable and spontaneous than the original. (Perhaps Damon knows this and wants another crack; he's reportedly expressed interest in filming This Sweet Sickness, one of Highsmith's creepiest, stickiest reads.)

Even Hitchcock couldn't match Highsmith for shudders. Read the novel before you catch Strangers on a Train at the Paramount Aug. 18-19, and you'll see that her full brutality didn't make it to the screen. The film shies away from the pattern Highsmith would repeat over and over in her novels and short stories: A repressed character watches or imagines someone else acting out his own darkest desires from a seemingly safe distance, then suddenly becomes the transgressor. Highsmith characters are constantly pretending to be murderers, only to find themselves actually murdering people, as if unconscious wishes were contracts signed in blood.

Even Carol, her lesbian-themed novel, was originally called The Price of Salt, as if to compromise its happy ending on the title page. Highsmith was simultaneously tormented by guilt over her own homosexuality and a seething resentment of the conformist postwar society that pathologized her dream of "a house in the country with the blond wife whom I love." She reserved her most glowing depictions of sex for snails ("How they did adore each other and how perfect they were together! The glutinous cups grew larger and touched, rim to rim"); to my knowledge, no other writer has penned so many stories in which snails murder humans.

Highsmith taps into something repellent – say, slimy – about what fiction does, with its vicarious thrills and morbid delights. She'll always be an author's author because of how keenly she savors fiction's voyeuristic doubleness, which goes beyond cinema in satisfying our desire to think the very thoughts of a murderer. Better to leave her as a nasty little surprise for those who stray from higher-minded sections of the bookstore. Highsmith's books, like their author, are strangers no matter where you meet them. 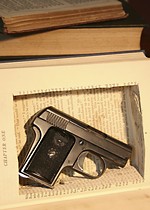 July Is Crime Month
As summer heats up, the 'Chronicle' runs afoul of the law, in fiction and nonfiction 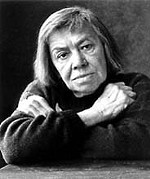 The Talented Ms. Highsmith
Norton has reissued A Dog's Ransom and Little Tales of Misogyny from Patricia Highsmith, a Ft. Worth native whose disturbing brand of suspense could be "morbidly comic and surreal" or "traditional and believable," writes Tommi Ferguson.