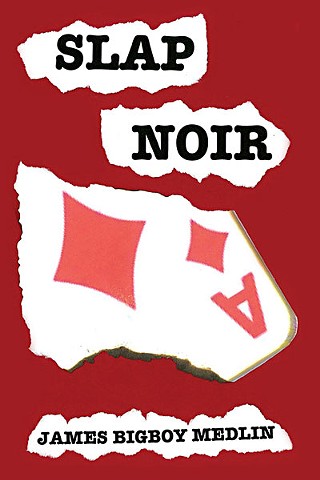 And So It Began

At 4:13am, Police Chief Brady Blackstock left the scene of the explosion, Hull's Texaco, and followed a trail of blood. Thanks to the light from the burning gas pumps, he had no need for a flashlight. The Chief's imperialistic belly attempted to claim territory beyond his concho belt. His biceps also seemed to require more space than his white T-shirt could provide. Because he was so big and hairy, the town wits called Blackstock "King Kong." Not to his face.

A whirlwind escaped from an alley. The spinning sand stung the lawman's face. The Chief held on to his beat-up old straw cowboy hat. Blackstock hated whirlwinds. They were the proverbial "ill wind" stirring things up. Blowing no good. He understood why the Comanche called them "Dust Devils." At least he'd been told they called them that. As far as he knew, he'd never actually met a Comanche.

When the mini-tornado passed, a scene of loosely organized chaos unfolded before him. Bob Green being loaded into an ambulance; Molly Green crying hysterically; the cab driver bleeding all over the back of a patrol car; the taxi cab sitting in Mrs. Morgan's front yard, where two uniformed officers were disconnecting the battery in order to stop Lefty Frizzell mid-chorus in "Long Black Veil"; the Medical Examiner taking the temperature of a corpse; Detect­ive Marsh and Sergeant Crane standing on the Greens' front porch trying to look confident; Officer Wilson escorting the very sheepish-looking Mayor Woods toward Black­stock, while a very attractive Mexican woman cursed at His Honor in Spanish.

Blackstock stared for a moment at the woman's outfit. After staring straight back at him with a look that said "wear your eyes out, fat boy, you'll never get another chance," she pulled her red robe tightly around her.

When the call came, Black­stock was on the verge of starting his long-postponed project. He had no illusions concerning what people thought of him. Not a one of them would believe he had the imagination to pursue something unique. He hadn't told anyone he was going to start his creation; he might not show it to anyone when he finished. He just had to learn how to deal with these distractions.

"Good call, Chief." The missing features from Bateman's face had prevented Marsh from identifying him. "Ser­geant Crane was first on the scene," drawled Marsh. "He figures the fellow who lives here came home unexpectedly in that taxi and caught his wife with another man."

Crane butted in. "Fortun­ately, the Mayor was in the neighborhood comforting a constituent or the situation could have been even worse."

The Chief looked once again at the end of the trail of rapidly drying blood, hoping the scene had miraculously improved. It had not. He noted that, in addition to the fatal head wound, Bateman had two smaller wounds in his torso. Perfect for creating a blood trail.

No comfort came from turning his head back toward the station where the anarchistic flames taunted him like wiseass spirits who knew they were far above the law and could perform their obscene gyrations to mock and torment anyone who dared to watch. What bothered Chief Blackstock most was not the knowledge that Detective Marsh and Sergeant Crane had no idea what happened. It was the assumption they never would.

What the Chief wanted to say was, "My Department is filled with nincompoops. You, Mr. Mayor, are an adulterer who needs his perfect pearly whites knocked clean down his throat. And this whole town can kiss my big fat white bee-hind."

What the Chief said was, "Good evening, Mr. Mayor. I guess all us public servants are working overtime."

On Highway 80 just out of town, the frantic squealing of a dozen hogs in the back of a dilapidated truck held together by bailing wire and duct tape was enough to wake the dead. It was not enough to wake the young girl in the passenger seat.

The driver, Joey Rund, slowed down to watch the flames, which he judged to be no more than two or three miles away. No doubt The Blesseds be'a'feeling riled up and the rest'a us be'a'taking blame. Like always.

An empty coffee can sat on the floor. He picked it up and spit his chaw into it. Then he grabbed a polystyrene cup from his homemade cup holder. After pouring half of the lukewarm coffee past his tobacco stained stubble and his chapped lips into his catfish mouth, he gargled before spitting once again into the can. Satisfied with the taste on his purplish-black tongue, Rund pulled a long black pill from his shirt pocket. The remaining coffee was used to wash it down. He looked at the girl. Born to The Blesseds? No matter, you be with the rest now. Dream, sweet little doll? He knew that by next nightfall her dreams would never be the same. This made Rund a little sad.

Let's Cast the Movie Version of the Presidential Race
Cruise as Cruz? Wiig for Warren?