Was G.F. Handel on your Gaydar? 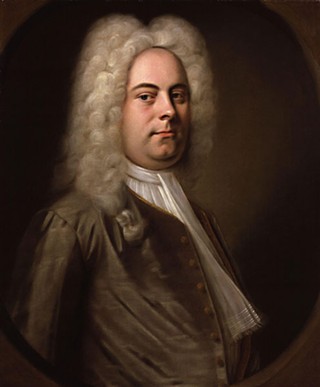 Can I get a "Hallelujah"?

On the list of gay and lesbian composers whose music is celebrated in the Austin Chamber Music Festival's annual Pride Concert, figures from the 20th and 21st centuries predominate – which isn't surprising considering how recently Western culture has begun to remove the stigma around sexual orientation. But when this year's program is performed on July 17, among the remarkable modern music makers such as Aaron Copland, Virgil Thomson, Ben Weber, Julius Eastman, and Thomas Otis will be a surprising cameo: 17th century composer George Frideric Handel.

Really, the man with the powdered wig responsible for "The Hallelujah Chorus" was out and proud?

Well, the verdict isn't totally in on Handel's sexual orientation; however, recent scholarship by MIT music professor Ellen Harris regarding the composer's social circumstances and the subtext of many of his operas suggest his gayness. That was enough to inspire concert organizer and composer Russell Reed to include Handel this year.

Reed is the person who proposed the idea of a Pride Concert as part of the Austin Chamber Music Festival. As recently as six years ago, Reed said he hadn't seen a curated program that specifically showcased music by the LGBT community anywhere. Michelle Schumann, artistic director of the Austin Chamber Music Center, ran with the idea to highlight diversity of chamber music more generally: "The goal is to show that great music comes from all people and times and can be played by many kinds of people."

The diversity extends to the variety of music performed in the concerts. Whereas chamber music festivals typically invite standard ensemble types such as the string quartet, Reed includes the whole gamut of instrumentation: from art songs for voice and piano to purely electronic pieces. The composer is particularly excited to present the work of Julius Eastman, an African-American who composed in a minimalist style that incorporated jazz and Caribbean influences.

Reed admits that in the first few years of this project, several contemporary composers were hesitant about being presented on this platform. Understandably, they wanted to be recognized not as "gay composers" but as "composers who happened to be gay." Hopefully, there will be a day when we don't need concerts like this. In the meanwhile, the event is a way to introduce new audiences to the eclectic spectrum of chamber music, and to advocate for open minds – and ears.

Like the other outreach concerts that the festival sponsors each year – including performances at two retirement communities and at the Blanton Museum of Art (the latter of which, full disclosure, I'm helping organize) – the Pride Concert is free.