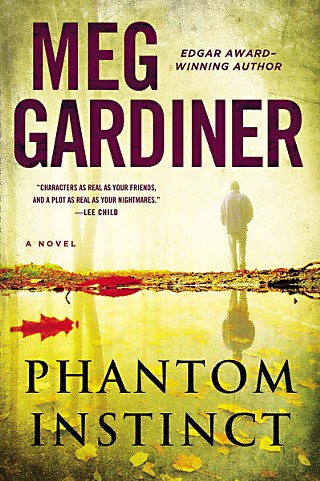 Pain dulls and horror fades, but the past rarely disappears: "It sucked her into a recurrent loop, where memory became a kind of recidivism." Harper Flynn is bartending at Xenon, a Los Angeles nightclub, when masked assailants, undaunted by police partners on the scene, unleash a torrent of gunfire and mortally wound Flynn's boyfriend. Gardiner offers an early introduction to her villains' cold cruelty with an unordered Molotov cocktail and a lingering vengeance-fueled nightmare. Fast-forward through bereavement and hospitalization to Flynn's visual confirmation of a longtime suspicion that a third shooter is stalking victims of the tragedy. Her only ally, Sheriff Deputy Aiden Garrison, suffered a traumatic brain injury rendering reliable facial recognition and physical agility part of his past. A party of interesting misfits bulks the list of secondary characters who complicate Flynn's mission for the truth: Garrison's former partner, Erika Sorenstam (Det. Olivia Benson, is that you?); a vicious brains-and-brawn team featuring sledgehammer-wielding Zero and his canine firepower; a hyperparanoid stoner computer genius; and a quick-witted teenage girl.

Gardiner reignites our love for suspense novels with plenty of plot twists and pacing that propels. But it's Flynn's tightrope walk between a hard-knock life and her healing heart (plus a notably intricate backstory) that drives through extended scenes of tension and some staccato lines of drama reminiscent of Law and Order: SVU. Fast-paced and fun, we'll catch our breath and hope Harper Flynn makes a return.