Puccini's Bohemians get an all-gal makeover

The artistic free spirits of La Bohème have been bucking social conventions since they first strutted onstage in 1896, but they'll be doing so in a totally new way in Austin this weekend. In a production conceived by local mezzo soprano Liz Cass (Austin Lyric Opera's Hansel and Gretel, L'Étoile, La Traviata), all of the characters will be played by women as women. Rodolfo, Marcello, Mimi, Musetta, Colline, Schaunard – all female, which means all the passion they sing about, the heat they generate, all the deep friendship and creative energy they share, is among people of the same gender.

The idea sprang from Cass wanting to give women in her field more of the spotlight and to take women's roles in opera beyond the traditional ingenue, damsel in distress, femme fatale. Bohème "felt like the natural choice" for an all-female production, she says. "All of the elements are there: camaraderie, friendship, love, passion for art and for each other, struggle to survive, heartache. These are universal themes no matter your gender." To stage the piece, she recruited Rebecca Herman, who developed the idea that all of the now-female characters were "living somewhere on the gender spectrum." Marcello presents herself as masculine, while Rodolfo alternates between feminine and masculine. Mimi's affair with Rodolfo may be her first gay experience. "This gender fluidity lends itself so beautifully to the story of La Bohème," adds Cass. "The themes of passion and struggle are heightened because of this extra challenge with gender identity."

Given how same-sex relationships and gender identification can still spark controversy and the opera crowd's notorious rep for being fiercely traditionalist, you might expect La Femme Bohème to have ruffled some feathers already. But Cass says that she hasn't received anything but "a positive response to this idea ... at least directly." Indeed, people have been so supportive of the project that Cass raised $20,000 for the production through a crowdfunding campaign and presold almost every ticket to the two performances at the North Door. The show even received a virtual endorsement from the composer, via Puccini expert Margaret Perry, Cass notes. In a talk about Puccini at the Armstrong Community Music School, "Margaret made the great point that he would have loved this idea because of his passion for women and for pushing people to see what was really going on in the hearts and minds of us all."

Cass stresses that she, Herman, and music director Chuck Dillard have been "very careful to keep the integrity of the work intact." Apart from cutting the chorus and keeping the orchestration to one piano (out of financial and logistical necessities), no alterations have been made – that includes adjusting the music for the female singers. "Us ladies singing in the bass clef had to get used to reading that particular staff, and we just took it up an octave," she says. "All the same notes, though. Emily Breedlove, our Rodolfo, after a recent voice lesson, said, 'Who knew I was a Puccini tenor?!'"

Although La Femme Bohème will be performed only twice this weekend, Cass plans to remount it in 2015 and "take this show to the next level." And expect still more shows through her new company, LOLA – Local Opera, Local Artists. "I can't even express my joy and enthusiasm for being able to live in a city that encourages and supports this level of artistic diversity and to make art with these people! It really doesn't get better than this." 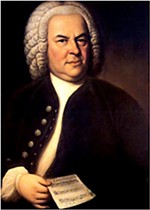 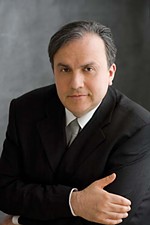