There are events in life that come upon us as fierce and as sharp as a fingernail breaking backward. Regardless of how we cope and move on, the nail grows back, though the flesh underneath may remain a bit scarred, imperfect. Charles Whitman's shooting rampage from the UT tower in August 1966 could be seen as such an event. Unexpected, horrifying, and impossible for those in his sights that day to counteract.

Elizabeth Crook's novel follows the lives of three such (fictional) people within an accelerated narrative that spans 40-odd years. The tale unwinds like an examination of the ripple effect. At first it may be easy to mistake Whitman's actions for the stone dropped in the water, but the stone here is literally a Stone: Jack Stone, a Vietnam vet who zigzags across the South Mall carrying the wounded to safety. The ripples that radiate from his brave impulse result in joy, death, heartbreak, love, infidelity. Some of the ripples are accidents. Some are people. As readers, we have the benefit of sitting in the sand and watching them break on the shoreline.

Four decades is a lot of "history" to cover in just 350 pages, and at times the writing takes on a summarizing quality, but Crook manages to keep her characters real and in the present throughout, not just figures in a timeline of a tragedy. In fact, this story is the antithesis to the diagram published in the pages of Time magazine shortly after the shooting. Crook forsakes the aerial view and brings your cheek right on down to the scalding pavement.

The 2014 Mayor's Book Club will kick off with Elizabeth Crook reading from Monday, Monday and a conversation between Crook and Austin Public Library Friends Foundation Executive Director Tim Staley Tuesday, May 27, 7pm, at the Bullock Texas State History Museum, 1800 Congress. 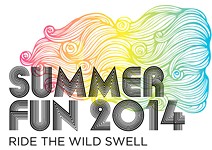