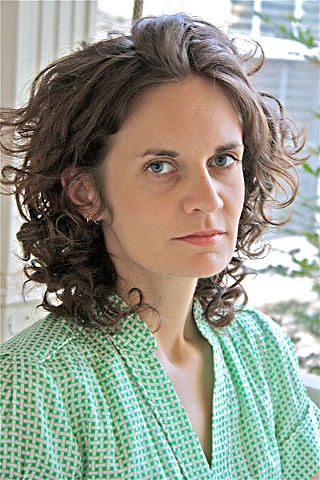 The New Fiction Confab has a knack for picking winners. Shortly after the first Confab brought five emerging authors to the Austin Public Library in 2010, The New Yorker announced its first "20 Under 40" list in over a decade, honoring young writers of exceptional promise. "Every single Confab author who qualified in terms of age made the list," says Tim Staley, director of the Austin Public Library Friends Foundation.

Since then, Confab authors have gone on to receive prestigious fellowships and honors from the MacArthur Foundation (Ethiopian-born Dinaw Mengestu, 2011); the Guggenheim Foundation (Ben Marcus, 2012); and the American Academy of Arts and Letters (Manuel Gon­zales, 2013). Last year's lineup featured Susan Steinberg, whose experimental short-story collection Spectacle is a finalist for the Los Angeles Times Book Prize; and Fiona Maazel, whose novel Woke Up Lonely is short-listed for the Believer Book Award. If you're an Austinite looking for the next big thing in fiction, it pays to pay attention to the Confab.

In its fifth year, the Confab remains a day of free programming offered by the Austin Public Library and funded through the Library Foundation. As in past years, there will be readings, panel discussions, and book signings on the second floor of the John Henry Faulk Central Public Library, next to the Austin Lit Fair, which showcases local independent presses and journals. In the most unique aspect of the programming, four of the seven featured authors will teach free creative-writing workshops for different age groups at branch libraries.

Why "confab," exactly? "'Conference' is too academic," Staley says. "'Festival' is too big. 'Symposium' isn't quite right either." Confab is short for confabulation, an informal discussion, but the slangy, buzzy word also carries connotations of being "in" on something. As APLFF Program Manager Cecily Sailer puts it, "Our mission is to introduce Austin readership to authors creating great works that the mainstream Austin readership might not have heard of yet – but will soon."

This year's lineup features a few authors who have already attained significant recognition. Peruvian-born Daniel Alarcón followed up his own "20-Under-40" status with the novel At Night We Walk in Circles last year, and Molly Antopol's debut collection of short stories, The UnAmericans, has been widely praised. Anthony Marra's extraordinary debut novel A Constellation of Vital Phenomena attracted massive attention last year for its ambitious and prescient portrayal of characters in war-torn Chechnya. Local authors Bill Cotter, whose The Parallel Apartments is an ode to Austin, and Elizabeth McCracken, who has a new collection of quirky stories out this year, will be presenting as well, alongside Mary Miller, a recent Michener Center for Writers graduate making her debut with a roadtrip novel titled The Last Days of California.

Perhaps the hottest new property on the list is Merritt Tierce, whose first novel, Love Me Back, doesn't even hit the shelves until September. Born and raised in Dallas, Tierce takes the reader on a nightmarish tour of restaurant jobs that ends in a high-end Dallas steakhouse where the narrator, a fierce and wounded young mother, works for tips in the triple digits. Tierce's steakhouse is the ninth circle of hell, where the narrator seems to simultaneously seek escape and punish herself endlessly for imagined crimes.

"I found it so consuming," says Sailer of Tierce's book. "It took me to places I wasn't sure I wanted to go, but I couldn't let go of following her there. The voice, the structure, the story – they were overpowering. Insanely engaging. I don't think we'll ever read another novel like that, not for a long time at least."

In 2016, the Faulk Central Public Library will move into a new, sustainably designed $120-million facility whose mission, says Library Director Brenda Branch, is to serve as more of a community center than a repository for books. The new building on East Second Street will feature a rooftop garden, an art gallery, a cafe, an auditorium that seats 350 people, and even a kitchen space for cooking demonstrations. The goal is to make the library a community gathering place – a far cry from the current building, which has no meeting spaces. With its current population growth and booming economy, even what Staley calls a "philanthropically immature" town like Austin can afford to make this kind of thing a priority; citizens voted for $90 million of public funding for the new library back in 2006.

Bells and whistles notwithstanding, for many the fundamental role of the library is simply to point out a good read. According to Branch, visitors to the library still see the library staff as literary advisors – hybrids, perhaps, of English teachers and bookstore staffers: "'What are some good things to read? What could I read next?' People are hungry for that information. If they see me somewhere, they ask me, wherever I am."

With Texas' libraries still suffering from staff cuts in the wake of the 2008 market crash and more recent slashes to state and federal funding, the foundation-funded Confab seems, in some ways, to be flagship programming for what you could call the library's tastemaking or advisory capacity.

Though Staley is cagey when pressed about just who does the selecting – he refers to a "selection committee" but also calls it "an informal process" – it's hard not to see his fingerprints on the lineup. Staley, who worked for years at the Uni­ver­sity of Texas Press before taking over the Library Foundation, comes by an enthusiasm for books naturally. His father is Thomas Staley, a UT professor and James Joyce scholar who in his 25-year tenure as director of the Harry Ransom Center oversaw the center's transformation into a major player in the world of special collections repositories.

Although a New Yorker profile on Thomas Staley credits Tim with convincing his father to go after the Don DeLillo papers, Staley shies away from the comparison to his father. "Growing up with a Joyce scholar in the house, and books crammed in every room, and literary scholars coming over for dinner and visiting from out of town all the time, without question must have had significant influence," he says. "But I don't think I knew it at the time." He points out fundamental differences between the Austin Public Library and the Harry Ransom Center, which is primarily a resource for scholars and students.

Still, Tim Staley's vision shares some intriguing parallels with his father's – the chief one being an emphasis on turning the libraries outward. The Ransom Center and Faulk Library even share a bit of architectural history: Both buildings were designed by the same architect in the Seventies, with the same heavy, concrete monumentalism; in 2001, the Ransom Center was given a makeover by Lake|Flato, the San Antonio firm also designing the new Faulk Library. The Ransom Center's etched-glass design lets in light and transparency, signaling the library's transformation to a public space; similarly, the new public library balances luminous atriums with giant windows against soft, human-scale limestone. The effect is strikingly similar: The buildings seem created both to invite people into the space and to more effectively display their contents to the outside world.

Staley's description of the New Fiction Confab consistently echoes this mission. "Austin can be kind of inward-turning," he says. "I think it's better to start looking outward. That's why we bring in outside authors, to open up the discussion. We feature Austin authors, but as part of a larger, more open discussion – not just Austinites talking to Austinites about Austinites."

He perceives Austin as ripe for the change. "I've been in and out of Austin for 20 years, and I do sense a burgeoning literary community here. I want the Austin Public Library to play a role in that."