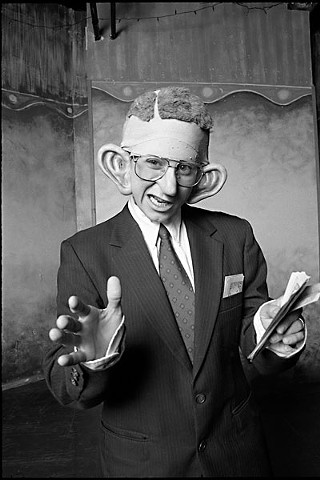 If you want to know what kind of friendships Cindy Wood has developed over her 25 years as an Austin comedienne, just look at the legion of luminaries from the comedy and music scenes turning out for Cindy & Friends, a benefit performance hosted by Esther's Follies Sunday, April 6, to help Wood cope with the cost of treating Lyme disease. Of course, the Follies' current cast, including master illusionist Ray Anderson and Esther's empress Shannon Sedwick, will be on hand to do sketches and musical numbers, but several Follies alums – Kerry Awn, De Lewellen, and Amos Ewing – are also jumping back in the Pool. Awn's also heading a pack of leading lights from the stand-up scene: Matt Bearden, JR Brow, Nancy Reed, and Matt Sadler. And Paula Nelson and the Paula Nelson Band are providing music.

You can join Cindy's circle of friends by attending (suggested donation is $22) and bidding on a silent auction item – maybe a guitar autographed by Willie Nelson, a couple's getaway at the Four Seasons, art by Kerry Awn, a studio tour of KUTX, or a Milk and Honey spa package. Doors open at 6pm, with warm-up acts at 6:30pm and the show at 7pm. Between acts, everyone gets pizza!