'How Wild the Sea' 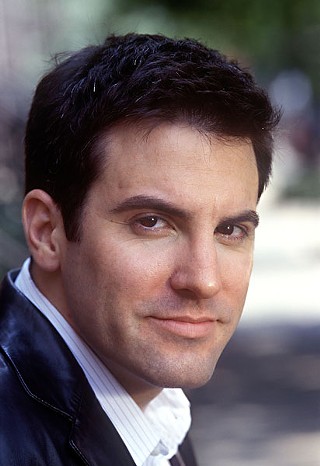 A man on a rooftop, helpless as his home is surrounded by water and pulled out to sea. This image, caught on video during the tsunami that followed the 2011 Tohoku earthquake off Japan's east coast, deeply affected Kevin Puts. The composer's empathy for that isolated human figure, his life crushed by this devastating force of nature, became the impetus for a new work for string quartet and chamber orchestra titled How Wild the Sea. The work, jointly commissioned by the Texas Performing Arts at the University of Texas at Austin, the Naples Philharmonic, the St. Paul Chamber Orchestra Society, City Music Cleveland, and ProMusica Chamber Orchestra, will premiere in Austin next week, performed by the Miró Quartet with the University of Texas Symphony Orchestra under Gerhardt Zimmermann. The occasion has personal meaning for Puts, since he taught composition at the Butler School of Music for several years. Since winning the 2012 Pulitzer Prize for Music for his opera Silent Night, based on the famous Christmas Eve truce between enemy soldiers on a World War I battlefield, Puts has gained international stature, but that doesn't mean he's a stranger to his old home in the heart of Texas. Last fall, he was in town for the premiere of two choral works commissioned by Conspirare, "If I Were a Swan" and To Touch the Sky. The Chronicle asked the composer about his latest work's origins.

Austin Chronicle: What was it about that visual of the man on the roof that propelled you to create this aural translation?

Kevin Puts: It was nothing specific about the image that led me to this piece, but simply the great emotion I felt for him and for the larger suffering that the image embodied. How lonely and sad to be so helpless and to see your partner washed away while you clung to life on the roof of your destroyed home.

AC: Generally speaking, what does it take for a subject or idea – the tsunami image, the Christmas truce in WWI, Fleda Brown's poem about being a swan – to move from being something memorable or interesting to being something you want to compose?

KP: I have to feel something strongly, a powerful, often tear-producing gut reaction and perhaps a strong feeling of empathy which impels me to produce these "sonic memorials" such as I seem to do. I know when it happens that I absolutely need to write this music, to leave something indelible which says "I care for your loss, I mourned for you, it is written in these notes." I am not religious. I cannot go to a church or a temple to reconcile these emotions. The concert hall, or the privacy of headphones, is my church! It is where I can feel a strong sense of the spiritual and of community with others who are feeling something similar.

AC: There's a great tradition of musical works evoking the sea. What was in your mind as you sought to evoke the sea in sound?

KP: The opening of the first movement is a study in waves. The quartet begins playing a texture of slow arpeggios in G minor, the orchestra fades in and engulfs them by playing the same music, only to give way to the quartet, which emerges from the orchestral wave. This continues for some time. It was the first idea I had, and the way I decided to embrace the problem of this combination of instruments, that the quartet is easily covered by the mass of sound the orchestra can create. I am haunted by the sea and have written other works recently, including a chamber work called "Seven Seascapes," which Dan Welcher presented with the UT New Music Ensemble this week. The vastness and power of the sea is a reminder of our tenuous hold on this planet, that even with all our technological might we are ever at the mercy of a larger natural world.

AC: Your work is in two parts, one of which refers to an area of Japan affected by the tsunami. But the other is titled after the Japanese word for "rebirth." What was your inspiration for that?

KP: When I was in Kobe for concerts in 1998, I was taken with the efficiency with which the Japanese had rebuilt the city in the wake of the massive earthquake that had destroyed it not long before. The second movement is about this resiliency, and more generally about the strength we all have inside of us to overcome the devastation of tragedy of any kind. 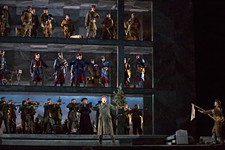