It All Began So Beautifully ... 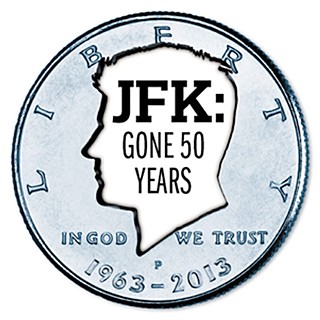 As raw and unintentionally unkind as it sounds, the presidency of Lyndon Baines Johnson issued from the same barrel that killed JFK. His first inauguration occurred aboard Air Force One in Dallas. The picture of solemn, dog­-faced Johnson being sworn in with wife Lady Bird and grieving First Widow Jackie Kennedy at his flanks is still jarring 50 years hence. The image fills a large section of a wall in the room at the LBJ Presidential Library and Museum named simply, "November 22, 1963."

The recent redesign of the public portion of the LBJ Museum includes a major shift in how Johnson's life – especially his years in the White House – is presented. The center core on the second floor that previously housed visiting exhibits (like 2010's "Cronkite: Eyewitness to a Century" and 2004's "Signs of the Times: Life in the Swingin' Sixties") is now the permanent site of the gallery "November 22, 1963."

Upon entry into the gallery, visitors are led into the sights and sounds of that day. Motion sensors trigger chilling audio of Lady Bird Johnson reciting from her diary: 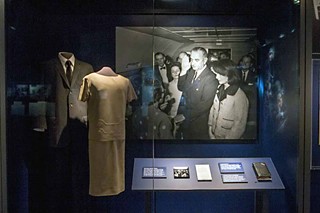 "Friday, November 22: It all began so beautifully. After a drizzle in the morning, the sun came out bright and beautiful. We were going into Dallas. In the lead car, President and Mrs. Kennedy, John and Nellie [Connally], and then a secret service car full of men ... The streets were lined with people – lots and lots of people – the children all smiling, placards, confetti, people waving from windows. One last happy moment I had was looking up and seeing Mary Griffith leaning out of a window waving at me."

The focal points of the room are floor-­to-­ceiling snapshots of history: Jack in the convertible, the motorcade traversing the avenue, and the make­shift inaugural. The black­-and­-white murals serve as backdrops for displays of the tangible items of that day: the suit and dress worn by LBJ and Lady Bird during the swearing-in and the missal used; front pages from The Washington Post, The Dallas Morning News, and The New York Times; the "Texas Welcome Dinner" program from the event that was to have happened that night in Austin; and the full text of JFK's Trade Mart speech that he never gave. Looming behind, on its own wall, is a hardbound edition of the hotly debated Warren Commission Report.

Around the corner is an array of stationery, a heartbreaking letter to the new president in Jackie Kennedy's handwriting: "Thank you for walking yesterday – behind Jack ... I always thought, way before the nomination that Lady Bird should be First Lady – but I don't need to tell you here what I think of her qualities – her extraordinary grace of character ...." She goes on to apologize for the children on the lawn during his first day in office.

Elsewhere, on the ground floor, across from the freshly made­over LBJ animatronic, is a bank of telephones and touch screens titled "Please Hold for the President." Visitors may pick up an old-school phone receiver and listen to recordings of conversations – like so many future Watergate buggers – between LBJ and a host of historic figures in the first days after the assassination: Gerald Ford, Nellie Connally, Rose Kennedy, Martin Luther King Jr., and more.

The library has also just launched its new web chronicle, "Tragedy and Transition," in honor of the 50th anniversary of that fateful Nov. 22. The collection boasts 56 pages of downloadable archival materials, including very recent interviews with Luci Baines Johnson and Lynda Bird Johnson Robb.

In addition to this extensive collection, the library offers an online finding aid to the museum's holdings about the transition – including transcribed oral histories, press clippings, office files, White House telephone logs, and personal papers – which may be accessed in person by appointment.

"LBJ's first response as president was to console a nation," asserts one display in "November 22, 1963." In fulfilling his vision of FDR's New Deal, Johnson also moved forward JFK's agenda: civil rights, the environment, the space program, the war on poverty, and so much more. The day that began so beautifully did not end so. It changed the world forever and launched a presidency that began with a shot.

The Lyndon Baines Johnson Library and Museum, 2313 Red River, is open 9am­-5pm every day except Thanksgiving, Christmas, and New Year's Day. The research room is open 9am­-5pm weekdays (except federal holidays). Appointment recommended. "Tragedy and Transition" may be accessed at www.transition.lbjlibrary.org. For more information, call 512/721-­0200 or visit www.lbjlibrary.org. 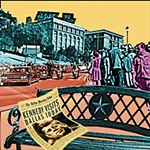 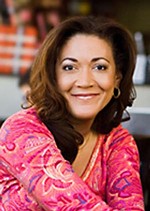 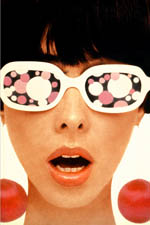 LBJ Swings Like the Pendulum Do
For a fun Sixties flashback – sans acid – see the LBJ Library's 'Signs of the Times: Life in the Swingin' Sixties'