Butler Opera Center makes the most of Daron Hagen's new opera, which stuffs a lot of high drama into one story 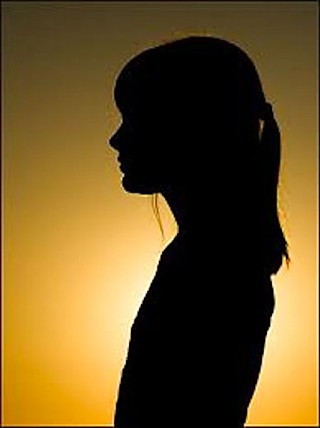 
Daron Hagen's opera A Woman in Morocco, currently receiving its world premiere at the Butler Opera Center, follows a naive Iowan, Lizzy, to that North African land, where she becomes embroiled in a massive imbroglio involving sex trafficking, drugs, murder, theft, injustice against Moroccan women, and a long-repressed confession of homoerotic love. Frankly, it feels like a bit much for one sitting. If subtlety is a feather, what's presented here is a live rooster.

Now, if there's any place for high drama, it's opera. Still, there's room for some nuance. The main characters come across as flat and largely unsympathetic and so frustratingly spineless that it's hard to care about them. That's not to say that characters must be moral to be powerful and dynamic, but to truly create human drama, they must generate some compassion from the audience. A few moments succeed in providing insights into characters, such as the tender sotto voce aria of the hopeless Claire (Olivia Douglas) looking for her sister. More moments for soliloquy like this one would give the audience glimpses into the characters' psyches and develop emotional ties to them.

Hagen's most powerful music is the punctuated, dynamic rhythms written at a faster tempo, particularly in the second act. Hagen utilizes sounds of "stylized, pre-recorded, wordless ululations redolent of traditional Adhan" in conjunction with a small female chorus. This distinctive texture, appearing at the opera's beginning and end, as well as several points in between, anchors the score throughout. There's little else in the way of musical continuity, though. Overall, the score has the feel of stream-of-consciousness writing, with the listener left in a free fall with little recognizable structure to follow.

That said, the Butler Opera Center does an astounding job of making something of this work. Opera involves the close choreography of so many forces: singers, musicians in the pit, designers for sets, costumes, lighting, ... the list goes on. This is always an astounding feat, but it's all the more impressive at a student production of a contemporary opera. As a student, I played in the pit of several opera productions at the Butler School of Music and so can speak to the incredible challenge of managing the intense rehearsal schedule with a full course load. And this score demands much of the musicians, with complex rhythms, exposed instrumental solos, and challenging leaps for the singers. But instead of exhaustion, the cast and orchestra here project searing commitment and energy. The orchestra, under the direction of Kelly Kuo, sounds fantastic, and the voices are all strong. Of particular note are the full-bodied singing of Natalie Cummings (Lizzy), who's also a particularly convincing actress, and the rich and powerful notes from Soonchan Kwon (Ahmed), which beam with a sense of effortlessness. Despite the overwhelming plot, I left feeling heartened and inspired by the exuberance and commitment of the team effort.