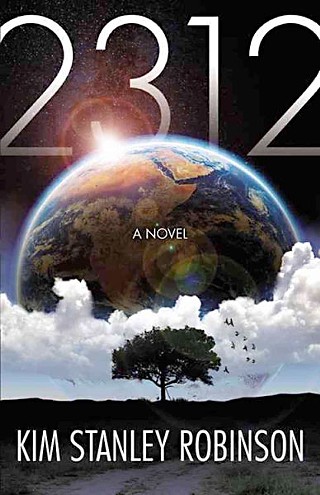 This week, the future is in San Antonio. 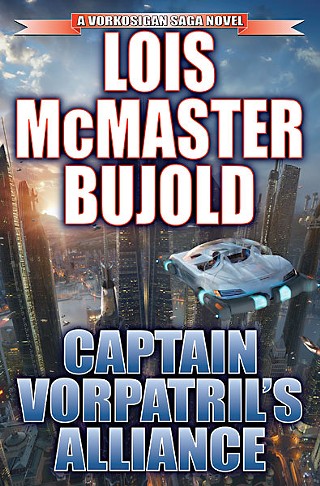 Through Labor Day, the city is playing host to the 71st World Science Fiction Convention, an international massing of authors, editors, and fans for five days of keynotes, readings of new work, autograph sessions, roundtables, academic panels, contra dances, films, filking (it involves mandolins), tutorials ("Make Your Own Jetpack," "Make Your Own Lightsaber," and one simply titled "Troll and Zombie Snot"), an elaborate masquerade ball, and, of course, endless parties. (See "LoneStarCon, Episode III: The Alamo Strikes Back.") 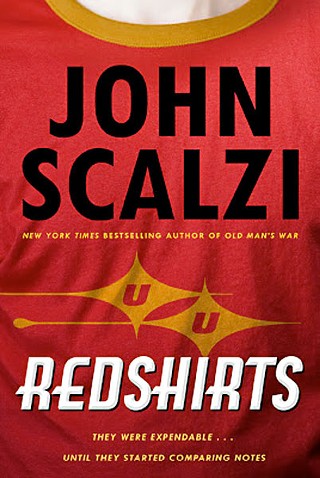 The culmination of Worldcon is the formal Hugo Awards ceremony, in which rocket-shaped trophies named for Hugo Gernsback, editor of the first pulp magazine, are bestowed on outstanding science fiction and fantasy work from the past year. Sixteen categories spanning fiction, film, art, and fan work, plus the unaffiliated John W. Campbell Award for best new writer, make this something like the Academy Awards of sci-fi, with most fans listening for the announcement of Best Novel at the end of the night. And like the Oscars, they have plenty of detractors. Every year the release of the shortlist raises cries of sinister cronyism and downright irrelevance, with fans taking to their blogs to lambast the ludicrous process of whittling down the vast and increasingly varied body of science fiction to just five nominees in each category.

Nevertheless, as the longest-running award for the genre and the one with the most fan participation (awards are nominated and voted on by Worldcon attendees), the Hugos maintain a certain representative importance, presenting what many in the greater publishing industry see as the face of science fiction. This year's five nominees offer a snapshot of some of the contrasts and tensions in the current sci-fi landscape, the clash of the old guard with the new, as well as the slow but steady diversification of the genre.

Representing the old guard are Kim Stanley Robinson's 2312 and Lois McMaster Bujold's Captain Vorpatril's Alliance. Both novels – by regulars on the shortlist and past winners – deal with an old preoccupation of science fiction, the colonization of space, but the similarities end there. Robinson's solemn 650-page epic delivers a three-century "history" of Earth's colonization of the solar system, a haphazard process motivated by ecological catastrophe and political power struggles, and punctuated by devastating miscalculations. By the time the story begins, most of Earth's plant and animal species have been transferred to hollowed-out, terraformed asteroids for safekeeping, and genetic modification, gender manipulation, and AI implants have created a post-human, pansexual existence. In this brave new world, Swan, a hot-tempered artist from Mercury, investigates a political plot uncovered by her late grandmother, but the real drama lies in the book's historical and cultural detail and sweep. Robinson, who obtained his Ph.D. in English under the tutelage of Marxist critic Fredric Jameson, is no intellectual lightweight, and 2312 grapples with themes of ecological sustainability, economic and social justice, and the nature of art. Robinson's prose moves slowly but hypnotically, ideas battling with poetic images that make you want to put the book down for a moment and stare off into, well, space. 2312 is grandiose sci-fi at its best.

The playful Captain Vorpatril's Alliance could hardly be more different. Bujold has been writing books in the Vorkosigan Saga for a quarter-century now, and her captivating, physically disabled hero Miles Vorkosigan has attracted a massive following. This is her first book to focus on Miles' dashing cousin Ivan Vorpatril, a haplessly well-intentioned ladies' man from a blue-blooded military caste on the powerful imperial planet of Barrayar. The titular "alliance" is Vorpatril's hasty marriage of convenience to a high-born (and highly attractive) refugee from a planet of warring city-states reminiscent of 14th-century Florence. Intended to be temporary, the affair becomes more complicated as Vorpatril's exacting family gets involved, and when the Medici-in-laws show up, screwball comedy ensues. That the cad and his wary bride will fall for each other isn't exactly a mystery; as in the sophisticated Thirties comedies of Ernst Lubitsch, romance is almost an afterthought, with Bujold guiding us through a baroque and often absurd world of familial, social, and political hierarchies in which true love pushes up through the cracks like grass in a sidewalk. Witty and sure-footed, Bujold's prose resembles that of an interplanetary Anthony Trollope – an airy confection that is more substantial than it appears. While "space Trollope" may not appeal to the (mostly male) fans who are scandalized by Bujold's Hugo count – only Robert Heinlein has won as many – she is nevertheless impossible to dismiss.

Against these heavy hitters, John Scalzi's fan hit Redshirts looks like a snowball in a very warm climate. An extended goof on the ill-fated ensigns that clutter up the scenery of old Star Trek episodes, Redshirts imagines what would happen if these narrative martyrs caught on to the sloppy writing conventions that dictate their fate. An amusing premise for a late-night giggle session, the plot eventually disintegrates into meta-meanderings, some written in a blog format that looks somewhat cringeworthy in print. Scalzi, a successful and talented blogger as well as a novelist, represents a new face of science fiction that is self-aware and largely new-media driven. Mira Grant, another young author with a devoted online following, also riffs on genre conventions in her thriller Blackout (apparently in the aftermath of a zombie apocalypse, large numbers of people will name their children after George Romero). A competent writer of action-packed prose, Grant won the Campbell award in 2010 and has racked up five nominations in various categories this year, including three under her real name, Seanan McGuire. Most fans agree that Blackout, which features bloggers as action heroes – yes, really! – is not her best work, though its meditations on the role of media are sometimes compelling. While the new guard represented by these two is occasionally a lot of fun, it's hard to imagine either taking the win from Robinson or Bujold.

More interesting than both is the final nominee, Throne of the Crescent Moon. This debut novel from Saladin Ahmed, who lost the Campbell to Grant/McGuire three years ago, is set in the Middle-Eastern-inspired city of Dhamsawaat, where cardamom wafting through the air can't quite conceal the stink of corruption coming from the palace. Populated with ghul hunters, shapeshifters, and warrior dervishes, the novel is undercut by prose that never quite rises to the promise of its fascinating milieu. But as the first Arab-American ever nominated in the historically white- (and male-) dominated Hugo race – and for his first novel at that – Ahmed remains one to watch out for, and a sign that the face of science fiction is, slowly but surely, changing.