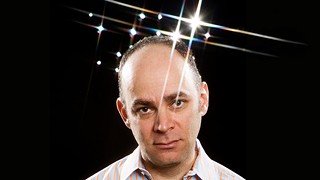 At 49, Todd Barry's been onstage more than half his life and has lent his distinctive vocals to animated comedies like Dr. Katz, Professional Therapist; Aqua Teen Hunger Force; and Squidbillies for nearly two decades and counting. In advance of his four performances at this week's Moontower Comedy Festival, the comedian, actor, and voice actor spoke about his career.

Austin Chronicle: You've recorded four full-length comedy albums, and your first – Medium Energy – is especially acclaimed. But which do you consider your finest moment?

Todd Barry: God, I haven't listened to any of them in such a long time ... I don't know, I mean, maybe the first one seems to get slightly more praise than the others. But that's also because I had the first 15 years of my career, or whatever, 17 years, to draw from – not that it was full of 17-year-old jokes [laughs], but. You do have that advantage of having your whole career to draw from.

AC: I'd imagine it's a tough question, like asking parents to rate their children.

TB: That's what I tell people when they're asking me which one they should buy. I say they're all my little children.

AC: As a comedy veteran of 25 years, does it get harder with experience, success, and age to muster the same zeal to keep at it?

TB: Well, like anything, you have a different feeling about it. There's a certain excitement you have at the beginning where you can't even believe you're getting laughs, and you're just excited that your name's on an outgoing message or in an ad. I try not to get used to anything and take it for granted, and [I] remind myself that I have a cool job. But, you know, like any job, there's a downside, and it can tend to be overly romanticized if you don't really know what's going on. But overall, at the same time, it's nothing to complain about – except if you're with your comedian friends.

AC: Comedians commonly speak of the rush or high of doing stand-up: Is there any such elation involved in doing voiceover work?

TB: Voiceover work is kind of fun, because – I mean, I hate to say it's easy, but it is, it's extremely easy – it's a loose sort of environment. Not just that you can show up unshowered and wear whatever you want, but they generally let you have fun with the script. So there's a looseness where you can just kind of have a fun conversation, in character. It's definitely fun, [but] it's not like a thousand people staring at you and laughing and applauding and everything.

AC: Is there a particular character you've voiced that you have a special affinity for?

TB: They've all been pretty equally fun. I would say especially doing the video store clerk [in Dr. Katz], because I'd record with Jon Benjamin, and we really strayed from the script a lot, and we'd just end up cracking each other up – and everyone around you is laughing, and it feels good to be part of that process of making it, writing it – I think I even ended up getting writing credit because of that.

AC: Is Todd Barry the comedian a persona you cultivated and maintain, or is there not much of a gulf between the performer and the individual?

TB: It depends on what you're expecting. It's not like I have this huge, weirdo character onstage, but you have to get into a mindset to go onstage. I'm not necessarily like that offstage. I might be more awkward and uncomfortable, depending on who I talk to or how I'm approached or whatever.

AC: Do you have any long-term plans for your career, or are you just taking things as they come?

TB: I've never been a big planner. Although, now that I'm getting a little older, I kinda wish I was. But I can't say that things have gone shitty for me, right? I've got some things that I wanna do, but I've never been like "I'm gonna make $20 million by 2017" or something like that. Or, "Gonna have two movies written." n 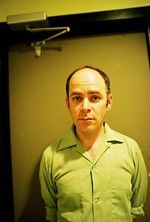 Todd Barry: Todd Barry Rock City
The veteran stand-up comic isn't a rock star, but he played one on TV