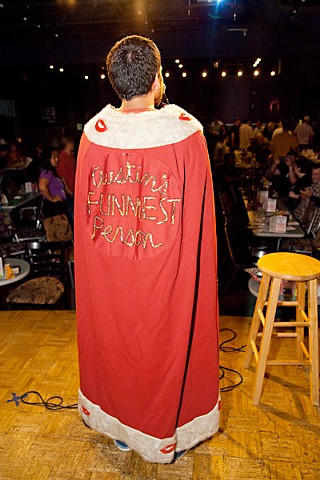 The fight for the comedy crown starts now, no foolin'! (Photo courtesy of Cassie Wright)

C'mon, on Valentine's Day, you go out and do something romantic, don't you? On St. Patrick's Day, you go out and get plotzed on green beer, don't you? So on the one day of the year devoted to comedy, why not go out and have a laugh? Cap City Comedy Club is making it oh-so-easy for you this year. On April Fools' Day, the club is kicking off its 28th Annual Funniest Person in Austin contest – eight weeks of jokers jockeying for the top spot on the local stand-up scene and a year's worth of bragging rights, plus a $2,500 check. You can be among the first to see the race heat up – and maybe even catch the eventual winner as he or she sends the audience ROTFL.

If you thought the field was crowded last year at 190 contestants, the size of the 2013 contest will have you punch-line punchy: 207 comics – the most ever to enter the contest. Each has been assigned a slot in one of a dozen preliminary rounds being held Mondays and Tuesdays, 8pm, from April 1 through May 7. The top comics from those nights will advance to the three semifinal rounds May 13-15, and the dozen deemed most hilarious from those rounds will face off in the finals on Monday, May 20. Talent reps from Comedy Central, Late Night With Jimmy Fallon, and the Late Late Show With Craig Ferguson will be on hand during the semis and finals, scoping out the locals for the national comedy spotlight. Who will be the next Austin stand-up to score coast-to-coast laughs? Will Chris Cubas, after two years in second place, collar the comedy crown? Will FPIA 2012 Ramin Nazer surrender the title, or will he declare himself "FPIA for Life"? The road to FPIA 2013 begins this Monday, at Cap City Comedy Club, 8120 Research Blvd. #100. For more information, including the schedule lineup, call 467-2333 or visit www.capcitycomedy.com. 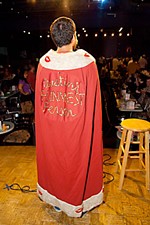 Funniest Person in Austin 2013
From 209 contenders, the final 12 emerge to duke it out for this year's comedy crown 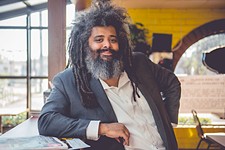