One of the city's most engaged philanthropists and energetic supporters of the arts has passed away. Mary Margaret Farabee, the original spark for the Texas Book Festival, as well as an advocate for a host of other cultural and social causes, died Sunday, March 3, after a bout with cancer. She was 73.

A Dallas native, Farabee came to Austin in the late Fifties to attend the University of Texas, and after her graduation with honors, she made the city her home. Over the next three decades, her commitment to social causes and the arts developed steadily, but after Mary Margaret's marriage to former Texas state Sen. Ray Farabee, she made volunteer work her full-time job and subsequently made her greatest impact on Austin. She hatched the idea for a festival on the Capitol grounds to celebrate Texans' literary achievements and chaired the Texas Book Festival board for eight years. She played a significant role in the restoration of the Paramount Theatre, the installation of the Philosophers' Rock statue at Barton Springs Pool, the conversion of Charles Moore's home into a nonprofit center for architects, and the establishment of the MOLLY National Journalism Prize, honoring journalism in the spirit of Molly Ivins. In addition to that work, Mary Margaret supported dozens of causes, among them the Heritage Society of Austin, Lady Bird Johnson Wildflower Center, UT's Ransom Center, KUT, KLRU, People's Community Clinic, Ann Richards School for Young Women Leaders, and UT Press. Her generosity and spirit were honored with the Most Worthy Citizen award from the Austin Board of Realtors and induction into the Austin Arts Hall of Fame by the Austin Critics Table.

A memorial service will be held Monday, March 18, 10:30am, at the Lady Bird Johnson Wildflower Center. For an expanded version of this story, see www.austinchronicle.com/blogs/arts. 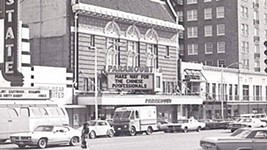 Austin's Paramount Theatre Turns 100
A century on, this grande dame of live performance isn't getting older – she's getting better 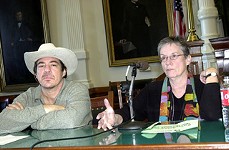 Authors Who Need Authors
... Are the luckiest authors: Harmony and tumult at the 2002 Texas Book Festival