You think relations with your brother or sister are weird. Well, whatever strange feuds, odd competitions, or effed-up games color your sibling ties, they're bound to pale beside those of Paul and Lise, the brother and sister at the dark heart of Les Enfants Terribles. As youths, they began to retreat into a dream world in the bedroom they shared and would engage in a twisted little contest to tease, taunt, and torment each other until one exploded in vexation, ire, or hurt. Though this "game" began when Paul was recuperating from an injury received during a snowball fight (caused by a feminine-looking boy that Paul had a crush on), it persists beyond his recovery and the death of their mother, and into adulthood. And when Lise befriends a woman who bears a striking resemblance to Paul's old crush and her brother falls for this woman, Lise steers her into a marriage with a friend so as to keep Paul to herself and the "game" going. Needless to say, this doesn't end well.

This ne plus ultra of sibling rivalries originated with Jean Cocteau as a novel in 1929 and was adapted to the screen by Jean-Pierre Melville in 1950. When Philip Glass paid tribute to Cocteau with a trio of adaptations in the Nineties, the composer chose Les Enfants Terribles to follow his operatic version of Orphée, based on the 1949 film, and his live operatic soundtrack synchronized to Cocteau's 1946 film, Le Belle et la Bête. Les Enfants Terribles is an opera as well, but one about as offbeat as its two protagonists. It's scored for three pianos, and the story is told as much in movement as music: Each of the four lead characters is portrayed by a singer and a dancer. The great choreographer Susan Marshall collaborated with Glass to create this hybrid work, and while the novelty of the dance may not be enough to win over those who find Glass' repetitive structures and subtle harmonic progressions maddening, fans of the composer may find themselves caught up in the propulsive tension and dreamlike beauty of the three-piano score: alternately a blizzard and a gentle snowfall.

Time was, Austin would have seen this work not long after its premiere. Glass has been a longtime favorite in the city and was regularly booked at Bass Concert Hall on his tours in the Eighties and Nineties. But the composer hasn't been seen around these parts much since Austin Lyric Opera provided the North American premiere of the Glass opera Waiting for the Barbarians in 2007. This Butler Opera Center production is thus an increasingly rare opportunity to hear this living master's work performed live. And note that it's only offering two performances. If Glass matters to you, don't let your sibling coerce you into playing a game this weekend. 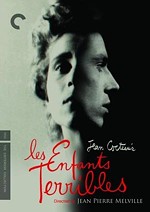