I know what you're thinking, and yes, you're right. This play is a few minutes shorter than Titanic. But trust me: Design for Living is taut, smart, and lively from curtain to curtain call. It's the second non-Shakespeare offering we've seen from Austin Shakespeare this season, but you won't hear me complaining; Artistic Director Ann Ciccolella seems to have hit her stride recently with more contemporary plays, like last year's Arcadia, which won an Austin Critics Table award for Outstanding Drama. Design for Living rises to that level of all-around excellence, thanks in no small measure to Ciccolella's keen direction and outstanding performances from Martin Burke, Helen Merino, and Michael Miller as the ménage à trois in question.

Sir Noël Coward's 1933 farce chronicles the tightly wound love triangle between Gilda (Merino) and the artists she loves: painter Otto (Miller) and playwright Leo (Burke). The trio fails miserably at operating under the day's standards for amour because, well, they all love each other, as Leo says, "far too much." Various combinations of infidelity and abandonment break up Gilda–Otto, then Gilda–Leo, then Otto–Leo, until they finally realize that tri-amory is their only way to happiness; "no one else's way is any good."

Burke, Merino, and Miller are a comedic dream team, wringing every last drop out of Coward's dry British humor. But they also soar through the play's surprising moments of poetry and sweeping emotion, as when Otto describes his impending affair with Gilda as "a flicker of ecstasy sandwiched between yesterday and tomorrow." Burke, in his first Austin Shakespeare production, again proves deserving of the title "Austin's favorite actor" – he consistently ratchets the onstage energy to an 11. Merino meets him there, oozing womanliness such that anyone who witnessed her Hamlet must see to believe, and Miller supports the trio as an unironic straight man, wielding some of the play's best lines. And we mustn't forget Michael Dalmon's hair-raising turn as the group's fourth wheel, Ernest, or Kathy Lagaza's humorous interludes as a self-righteous housekeeper.

With Ciccolella's help, the production is not only cohesive and thoroughly entertaining, but its more serious themes – questions about the effect of success and whether life is a game to be played – also surface. Emilie Houssart's slowly unfolding deco set, Haydee Antunano's tidy period costumes, and dual intermission interludes of Coward songs from chanteuse Kara Bliss and pianist Jason Connor bring us into Coward's early Thirties dandyism. Nonetheless, the play's content feels fresh, and its length is by no means prohibitive. Dalmon and Lagaza's characters impose their moral standards on the threesome in a way that smarts of our raging debate over gay marriage. As Otto bellows, "You're making a mistake in daring to disapprove of something that has nothing to do with you whatsoever." 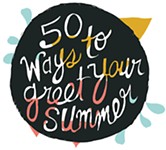 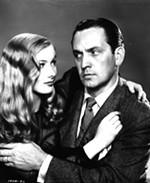