Recalling a year of Shakespeare on bikes, masterful Miller, and a one-woman eco-soap 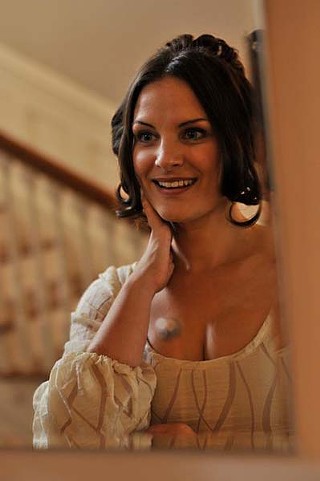 2) LIZ BECKHAM The charming actress stormed Austin stages this year in Arcadia, Dividing the Estate, and Pride and Prejudice.

4) 'THE ALIENS' (Hyde Park Theatre) I laughed. I cried. And so did everyone else, thanks to Ken Webster and the dynamic trio of Jon Cook, Jude Hickey, and Joey Hood.

6) 'THE SOUND OF MUSIC' (Zilker Theatre Productions) I loved it unequivocally.

7) 'ALL MY SONS' (Palindrome Theatre) The company's penultimate production was a masterful reissue of Arthur Miller's tragedy. Nigel O'Hearn's contributions to Austin theatre will be missed.

8) 'ROSE RAGE' (The Hidden Room Theatre) This famously melted my face off. I am still recovering.

10) HEATHER WOODBURY'S 'AS THE GLOBE WARMS' (Vortex Repertory Company) The one-woman theatrical soap opera was addictive enough to keep me (and Richard Linklater) coming back for more.

11) 'The POISON SQUAD' (The Duplicates) A beautiful/grotesque workshop production from this theatrical supergroup. Look for a full production at Fusebox 2013.