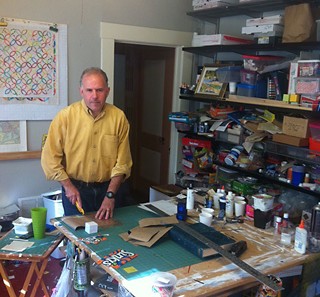 Durst's cutting table takes up the bulk of the floor space in his studio. To his left are his stacks of material. (Photo by Andy Campbell)

Phil Durst has been a lawyer longer than he's been an artist. His practice (law, not art) concentrates on employment and civil rights law. Far from being a hobbyist, though, Durst's work (art, not law) requires a fastidious attention to process, design, and execution. In this way, his law practice and artwork are tied. On a lettered street in Austin's Hyde Park, Durst has set up his studio in the home he shares with his wife, Sarah Woelk. Five or six years ago, the couple's children went off to college, giving Durst and Woelk more room to work on their respective projects (she's a quilter). Durst's studio, piled high with boxes stuffed with all manner of paper, aluminum, and cardboard shapes, was formerly his son Eli's bedroom – the miniature basketball court painted on the room's floorboards is now rendered near-useless. But where does young Eli sleep when he comes home on school breaks? "He actually prefers to sleep upstairs now," says his father, "so that took away any pleasure I could have in saying: 'You don't live here anymore.'" Durst's impish humor bespeaks a fierce intelligence, and while the lawyer cum artist humbly downplays his artwork ("All my stuff is the same: I wonder what a thousand of these would look like glued together,"), there's a kind of vibratory power to the way in which he patterns consumerist ephemera.

Austin Chronicle: What was the starting point: Were you an arty kid or were you a doodler?

Phil Durst: Sydney Yeager won't let me tell people that she was my drawing instructor, just like my personal trainer says I can't disclose her name – it would drive away too much of her business. Yeah, I've always wanted to have some little project going. My wife is a quilter, and so I started out using all of her cool quilting tools. Once the kids went off to school, that allowed me to create work on a more consistent basis than once every six months. Now, I make a work in about a month. It takes a while to make the stuff – there's the cutting up of thousands of paint chips and the assembly.

AC: So the folks at Home Depot hate you?

PD: Um, yes. And Starbucks is worse. When you go through their trash and they find you taking all the cups, they ask you what you're doing. I've learned not to say "Rich people's DNA." They don't like that so much. At that point, it's time to run.

AC: When did you decide on this material? It seems pretty specific. Candy, soda packaging – mass produced sugary substances ...

PD: Well, it's just that there's so much art that goes into this design – which is really packaging that we throw away. Because so much of my work is assembly of hundreds of things, it's good to have free stuff rather than pay for a lot of materials. One of the things I'm working with now are little paper soufflé cups – the things you put ketchup or mustard in. So, generally, things I can take from the bowling alley. I also have restaurant supply catalogs. And the people at Spangler – the corporation that makes Dum Dums – send me stuff. The Dum Dums wrappers are like toilet paper, and their machines can't accommodate the last little bit of each roll. They just send me the ends.

AC: Did you write to corporate headquarters?

AC: I bet you did. In your work, what makes for a good material? What makes good package design?

PD: It's sort of like a quilt – you want a lot of color but not too wild. And I don't mind that people recognize the materials – I love it! Especially kids, they know better than anyone. They can pick out the Skittles from the Sweet Tarts. The product is the formal characteristic.

AC: Can you talk about the organization/disorganization of your space?

PD: It's generally not much cleaner than this. Stuff is semi-organized. I like my materials stored in transparent or labeled containers so I can see [them] and think about [them].

AC: So it seems like a lot of your studio time is taken up with meticulous handwork. Does that bleed outside of the studio?

PD: I like having handwork at my day job as a lawyer. A little cutting is not too disruptive, and I like having something to do on conference calls and depositions. Once I was at a deposition where the other side was so bored, they asked, "What are you doing? We'll help cut those out!" And they did.

Phil Durst is represented by Davis Gallery, which will feature a solo exhibition of Durst's work Jan. 26-March 2. He and his family drink a lot of La Croix. For more information, visit www.philipdurst.com or www.davisgalleryaustin.com. 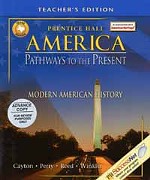 Naked City
This week's roundup of local news and politics 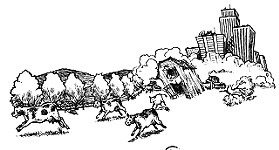