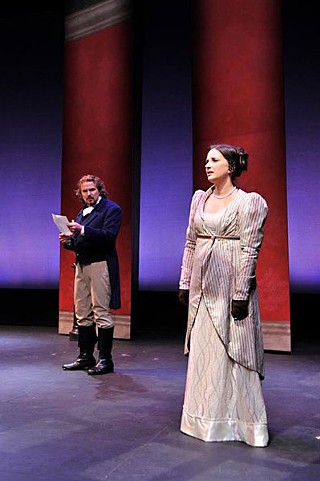 Fool for love: Elizabeth Bennet (Liz Beckham) discovers she had the wrong idea about (Courtesy of Bret Brookshire)


Any dramatic adaptation of Pride and Prejudice faces tough challenges. For one thing, you have people like me who have read the book and memorized the BBC film adaptation with Colin Firth and so can be seriously critical. For another, it's an incredibly complex story for so simple a concept: Girl meets boy, hates him, but eventually changes her mind.

How you get through that story has the potential to be positively delicious. The gradual transformation and schooling of the story's leads, Elizabeth Bennet and Mr. Darcy, ought to deserve every precious minute of stage time. Austin Shakespeare's production of the Joseph Hanreddy and J.R. Sullivan adaptation moves quickly through the story but still manages to relish the juiciest moments, making for a nice theatrical jaunt.

Liz Beckham's performance as Elizabeth Bennet is nothing short of delightful. Seeing her chagrin as her mistakes of judgment are revealed to her, one by one, is one of the great pleasures of the evening. Michael Miller's performance as Mr. Darcy is enjoyable, especially because it is a unique take on the often hard-to-fathom character. Darcy represents the "pride" half of the play's title: When we meet him, he is stoic, stubborn, and cold. What Miller slowly reveals is that Darcy isn't so much stuck-up and rude as he is simply shy and uneasy in the company of people he doesn't know. Any introvert worth his salt can think of a time when he's come across as impolite, when in truth he just wanted to hide in the corner with a good book and not talk to anyone. When Elizabeth and Mr. Darcy meet later, at Darcy's estate, his sensitivity and good intentions are revealed in earnest. Perhaps even more than the ending, this scene may be the best in the production.

Under the direction of Ann Ciccolella, the pace is quick and the story is fairly tight. The talent pool does not reach as deeply as one might wish for so large a cast; accents warble and smaller characters become less distinct from time to time. The staging becomes forced, on occasion, as the actors try to make active moments from very wordy exchanges. (Full disclosure: The cast includes Rosalind Faires, daughter of Chronicle Arts Editor Robert Faires.)

Yet given the many difficulties of putting any version of this classic, complicated novel on the stage, Austin Shakespeare has succeeded in creating a fine evening of smart theatre. Thanks to its strong leads and a clever take on the intricate dance between characters, the production is one to enjoy. 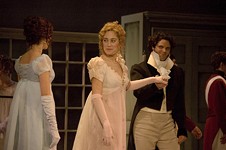 Pride and Prejudice
UT credibly brings the Jane Austen novel to life onstage, if in a rather rushed fashion 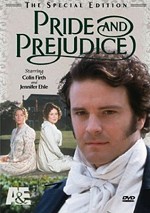