This theatrical riff on loneliness in space looks great, but we've seen it all before


spacestation1985 is going to do well. It has a talented cast and crew, a funny script, and an ambitious premise. Its team – including Fusebox Festival producing director Natalie George and managing director Bradley Carlin, viral video funnyman Jason Newman, composer Graham Reynolds, and co-writer/director Jeff Mills – ensures that people will pay attention. It was developed over the course of four years, and the Austin production raised more than $5,000 through Kickstarter. And it shows – everything from the set to the puppets to the costumes to the sound design is terrific.

But with all that going for it, it's fair to ask: Does spacestation1985 live up to the talents of the people involved?

The premise of the show involves a pair of rejected NASA applicants – Dr. Rick Gergen (Newman) and Lt. Norman Kilroy (Carlin) – selected by a mysterious corporation named Daedalus to crew a two-man mission to Halley's Comet during its 1986 passing. They're an odd couple (immature scientist and no-nonsense astronaut) who alternate monthlong shifts operating the station as it heads toward the comet. The first act is essentially a pair of one-man shows, as Gergen and Kilroy take turns cracking up from the isolation of outer space, dealing with it in their own ways: Gergen by programming the station's computer with a sexy lady voice and Kilroy by developing an obsession with a mysterious panel that he can't access. As the show develops, both obsessions come together while the station hurtles through space.

It's not an unentertaining play, but if "person dealing with loneliness in space" sounds familiar to those who saw the recent, critically-acclaimed films Moon or Love, well, those aren't the only aspects of spacestation1985 that might come off as derivative. In addition to mining well-explored territory there, the play shares its major second-half twist with this summer's Prometheus; the characters of Gergen and Kilroy bear more than a passing resemblance to Michael Scott and Dwight Schrute from The Office (a comparison that the play invites by biting a joke from the sitcom), and it's hard to shake the notion that these are all ideas we've seen before, in a bunch of different places.

spacestation1985 is funny at times (though there's a reason most comedies are closer to 90 minutes), but there aren't a lot of fresh laughs here. Mostly, it's hard not to feel like the cast and crew – all of whom are undeniably talented – are slumming it here. The recycled jokes and ideas are well-executed, but when you have a team like this one, quality execution can almost be taken for granted. The problem with spacestation1985 is that its stakes are low; we know that a show like this will work well enough, because we've seen it all before. The rewards would have been greater – and more befitting a show about space exploration – if the team behind the show had taken a chance on something that might have failed to launch. 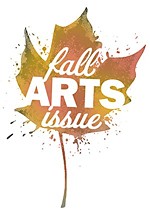