Daniel McDonough, Austin native and cellist of the Jupiter String Quartet, shared a glimpse of his "desert island list" during the group's Saturday performance at the Austin Chamber Music Festival. For those unfamiliar with the "desert island" game, you simply answer the question: "If you had to live on a desert island for the remainder of your life and could take with you only [insert a number here] albums (or musical works, books, etc.), what would you choose?" McDonough's choices for masters of the string quartet? Haydn, Beethoven, and Bartók.

Haydn – popularly regarded as the father of the string quartet – is a given. Beethoven's 16 string quartets are revered as pinnacle compositions in the Western musical canon. And while Bartók made only six additions to the string quartet genre himself, we know that, as a young composer, he spent a great deal of time with those daunting Beethoven quartets.

The Jupiter musicians paid homage to two-thirds of its cellist's list during its concert, programming Haydn's perennial Quartet in E-flat Major, "The Joke," alongside Bartók's Quartet No. 1 in A Minor. Haydn provided a very welcome greeting to the evening, a fun ride riddled with precise ensemble collaboration. Though some of the violin work included occasional "sputtering" – also an issue in the concert's closing offering – by and large the audience was treated to a fine interpretation of Haydn's playful opus.

Following the Haydn was, for me, the uncontested highlight of the evening: the first of Bartók's string quartets. Clearly considered to be the concert's centerpiece – it received, by far, the lengthiest introduction and background commentary of the three works – the Jupiter's rendition of Bartók's alternately driving and soulful composition was wholly transporting. These four collaborators (five, if one rightly counts the composer among them) achieved both breadth and depth, brilliantly steering the linearity of Bartók's intricate counterpoint, while simultaneously ensuring that the work's rich harmonic syntax was at all times palpable. This performance alone made the evening more than worthwhile.

Given that desert island list, one might have assumed that the third work on the program would come from the pen of Beethoven. Instead, the Jupiter opted for Mendelssohn, who, like Bartók, wrote just six string quartets. I've always found it difficult to see much novelty or originality in Mendelssohn's chamber contributions, especially when compared to the work of Haydn and Bartók. And the quartet seemed to have spent less time considering the ins and outs of the textural interplay of Quartet No. 3 in D Major, as its execution failed to achieve the precision and depth of the Haydn and Bartók. Nevertheless, it was a true privilege to experience such fine music and music-making – especially in the concert's first half – and I hope for the opportunity to hear the Jupiter Quartet in action again soon.

Top 10 Ensembles of 2012
The year's most memorable groupings in classical music, dance, and theatre 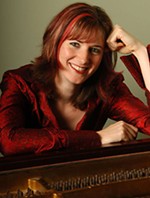