As a preacher's daughter and proud graduate of the University of Texas' Department of Religious Studies, I've experienced my fair share of Passion plays, movies, and novels. But I've never seen Jesus and his disciples come alive quite like they did last Saturday.

The Austin Theatre Project has huevos grandes to perform as its inaugural production Terrence McNally's controversial Corpus Christi, which casts a gay Jesus (called Joshua) as King of the Queers. The oft-protested play follows a group of 13 gay men as they reenact the life of the Son of Man – except this savior happens to have grown up in 1950s Corpus Christi, Texas. McNally's version of the Greatest Story Ever Told isn't exactly a finely nuanced allegory: Though scenes of Joshua's birth in a shabby motel and his bully-ridden adolescence are distinctly modern, the anachronistic second half follows the Gospels so closely that we wonder whether we're still in South Texas. (Well ... except for the part where Joshua blesses a gay marriage. And the part where he and Judas are lovers.)

Some will consider Corpus Christi perverse or blasphemous, but Austin Theatre Project's multicultural, multigenerational ensemble overflows with contagious joy, insisting that its performance is about love, dignity, and acceptance for the LGBTQ community, not defamation of a belief system. In one particularly shining moment, Joshua, played by the gloriously charismatic Jonathan Itchon, leads his followers in the Lord's Prayer. All but Judas (a delicious, seductive Josh Wechsler) raise their arms and blissful faces skyward in praise and thanksgiving. I was touched.

Despite some gaps in design – spotty lighting and minimal set and costumes – Corpus Christi is a solid debut from ATP, which was founded last year with a mission to fairly compensate actors and technicians. Director Jeff Hinkle's skillful staging wrangles 13 bodies into appealing stage pictures – most memorably, the Last Supper. Though occasionally hard to hear, the cast is exceptionally versatile; each actor plays multiple roles, differentiating without the crutch of costume changes. My favorite by far is R. Michael Clinkscales, who transitions between wide-eyed Simon Peter and sexy, chain-smoking Virgin Mary.

The performance space, MCC Austin's sanctuary, in which homosexual clergy lead worship each week, couldn't be more apt. Watching baptism, marriage, and finally, crucifixion, in a sacred space seems to make the play's message sacred, too. According to Joshua, it is. When one character cites Leviticus 18:22, the Messiah responds with Genesis 1:31: "God saw all that he had made, and it was very good." But Corpus Christi asks more than just "what if Jesus had been gay?" I left the play wondering, "How would we treat Jesus if he were here today?" If he returned as a prostitute, leper, beggar, or transsexual, would anyone recognize him as the Son of God? 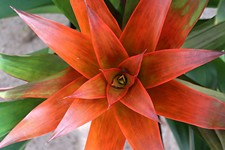