The idea that you get slower as you get older seemed in full force as the Austin Critics Table marked its 20th year of presenting annual awards for outstanding achievements in the arts on Monday, June 4. The ceremony at Cap City Comedy Club crept along like a senior citizen in the passing lane, taking more than three hours to hand out honors in 47 categories and welcome five new members into the Austin Arts Hall of Fame; all this despite the best efforts of the arts writers at the mic and house band the Invincible Czars to move things along – and even the introduction of a drinking game to keep spirits high.

Still, the crowd sat patiently through it all, and the winners' acceptance speeches were alternately funny and touching. Taking top honors this year was the Austin Shakespeare production of Tom Stoppard's Arcadia, winning four awards. The UT Department of Theatre & Dance's Dr. Jekyll and Mr. Hyde, Hyde Park Theatre's The Aliens, Zach Theatre's Hairspray, and Sharon Marroquin's dance work The Materiality of Impermanence were all recognized with three honors each. Overall, 61 productions, exhibits, works, and artists were recognized.

Bottled-in-Bond: The Decline and Fall of a Thug as Told in Five Drinks, Fusebox Festival: Digestible Feats

Eugene Lee, The Book of Grace/God of Carnage

Kelli Schultz, Next to Normal

Amanda Mayi Moss & Sadé Jones, For Colored Girls Who Have Considered Suicide When the Rainbow Is Enuf 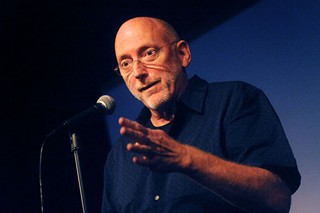 The Materiality of Impermanence, Sharon Marroquin

Sharon Marroquin, The Materiality of Impermanence

Michelle Thompson, "things that keep me from myself"

"For So Long It's Not True," Steven Snowden

"seeing times are not hidden," Line Upon Line/Norma Yancey and Emily Little, Architecture in Music/Music in Architecture 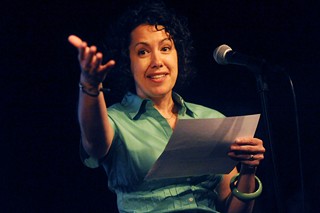 "El Anatsui: When Last I Wrote to You About Africa," Blanton Museum of Art

The Laramie Project, Parts I and II, Zach Theatre

A Bit of the Old Ultra-Violence Award

Willa Kaye Warren, for the wigs in Zach Theatre's Hairspray

Larry Reed and Caryl Kientz of ShadowLight Productions, for the shadow puppetry in Ballet Austin's The Magic Flute

'This Is Your Operator Speaking' Award