The 2012 class of the Austin Arts Hall of Fame

"So what are you working on?"

That's the question that inevitably comes up whenever two members of Austin's creative community connect. We stay so active here all the time now, our gaze trained so resolutely on the present and the future that the past is often neglected. But our city's cultural scene would not be as vital and dynamic as it is today had it not been for those creative individuals of earlier times whose initiative and commitment ensured that the arts had a place in the life of Austin. The Austin Critics Table established the Austin Arts Hall of Fame to honor those artists, educators, patrons, and arts advocates for their pioneering efforts in nurturing the visual arts, dance, theatre, and classical music, and for helping them to flourish. The Class of 2012 includes five cultural heroes without whom Austin would not be the creative capital that it is today. They will be inducted in a ceremony as part of the Austin Critics Table Awards on Monday, June 4, 7pm, at the Cap City Comedy Club, 8120 Research. Here is a brief introduction showcasing why they matter. 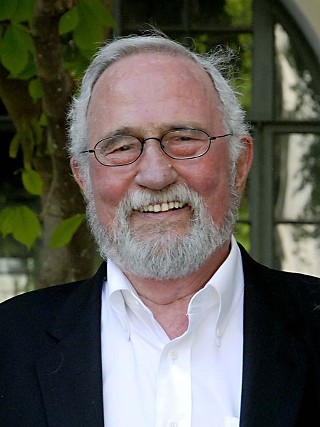 Since his career was shaped in Austin, maybe it was inevitable that Hal Box would return here to shape the careers of others. The Commerce, Texas, native first came to the University of Texas to study architecture in the years after World War II, at which time he apprenticed under legendary Lone Star modernist O'Neil Ford, who was then beginning his transformation of the Trinity University campus in San Antonio. After school, Box returned to East Texas and made his mark on the field in Dallas: first as project architect for Broad & Nelson Architects, then, starting in 1958, with his own architectural and design firm Pratt, Box & Henderson Architects. But following his success in establishing a Department of Architecture at UT Arlington and serving as its first dean, the 40 Acres came calling, recruiting him for the deanship of its own School of Architecture. He accepted, and in 1976 began a 16-year tenure during which he transformed the school into one of the nation's leading architecture programs – making it the only public university, in fact, to earn a spot in the Top 10 graduate and undergrad programs. Somehow, he still found time to write, co-authoring The Prairie's Yield: Forces Shaping Dallas Architecture From 1840 to 1962, the Architecture of Ricardo Legorreta, and, due from UT Press in 2013, Ancient Origins of the Mexican Plaza: From Primordial Sea to Public Space – an outgrowth of his 20-year interest in the open-air churches and civic spaces of Mexico. How fitting, then, that he's honored with his own open space at the school he served so well: The Goldsmith Courtyard was renamed the Eden & Hal Box Courtyard before his death last year. Think Like an Architect was the title of his solo book. He always did, and Austin is the better for it. 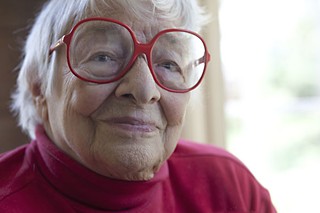 A basement west of campus. A postage-stamp stage over Waller Creek along then-sketchy East Sixth. An abandoned old post office in Hyde Park. When Linalice Carey began making theatre in Austin, the spaces were far from glamorous or state-of-the-art. But that never stopped this intrepid director from creating stage magic in them and leaving an indelible stamp on the city's theatrical scene between the Sixties and the Eighties. With her group the Bijuberti Players, Carey was in the first wave of local independent theatre artists, staging everything from Alfred Jarry's Ubu Roi to Lewis Carroll's Alice in Wonderland, adapted for puppets. Indeed, if you want to know the godmother of puppeteering in Austin, go ask Linalice. If you want to know who paved the way for the current generation of avant-garde theatre, go ask Linalice. If you want to know who to thank for the space that's served as the home for FronteraFest for 20 years, go ask Linalice. She'll tell you about the Catacombs, the underground space at MLK and Rio Grande where she explored the theatrical frontier in the counterculture era. She'll tell you about the Creek Theatre, stuck back among the dives and shoe shine parlors of Sixth Street in the Seventies (and so tiny that the actors had to leave the building to get across the stage). She'll tell you about Hyde Park Showplace, where the fledgling Austin playwriting scene found room to fly. She can even tell you how the Gilbert & Sullivan Society of Austin was founded. So many of our candles are burning because Carey struck the match. 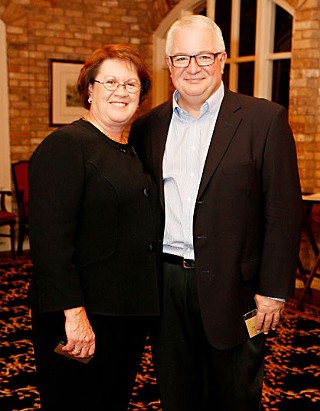 You can add up all the financial contributions that Gail and Jeff Kodosky have made to the arts in Central Texas, but there's no way to compute the true value of their philanthropy. It isn't just that this power-couple's gifts have been, and continue to be, among the most generous in Austin (six- and seven-figure donations are not uncommon) – but that they have so often provided support at that key moment in an arts organization's history that has enabled it to achieve something new and notable, as with their $2 million gift to help build the Long Center; their $1 million Endowment for Artistic Excellence to Austin Lyric Opera; their recent $1 million to Conspirare; and their sizable donations to Zach Theatre's new Topfer Theatre, the Butler School of Music, KMFA 89.5FM, the Austin Symphony Orchestra, Ballet Austin, and doma (Austin Children's Museum) ... and the list goes on. The Kodoskys likely didn't imagine that they would ever be benefactors of such largesse when they moved to Austin in 1970, for Jeff to attend grad school at the University of Texas. But with his co-founding of National Instruments six years later – and subsequent breakthrough work in high tech – the couple acquired the resources to support Austin's cultural research and development teams as they make discoveries in the arts. And the Kodoskys don't open only their pocketbooks, they open their home: hosting concerts for Austin Chamber Music Center, Austin Classical Guitar Society, Texas Early Music Project, and more. That's one measure of the personal connection this pair has with the arts here. And a measure of the esteem in which they're held? A few seasons back, when the ALO staged a Die Fledermaus set in Austin, the writers chose to bestow upon the magnanimous Texan who throws the opera's opulent masquerade ball the name Kodosky. 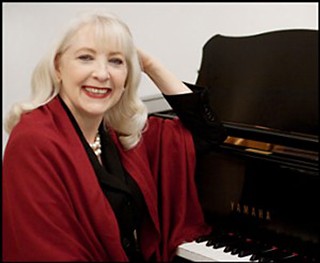 You might think you don't give two hoots about Holst or have much of a Handel on George Frideric. But spend 10 minutes in the company of Margaret Perry, and you'll likely, ahem, change your tune. Many's the listener to this longtime music educator who has come away with a new appreciation or understanding – even passion – for sonatas, toccatas, and fugues. That's because Perry has a gift for communicating to an audience her own enthusiasm for the subject (which is veritably operatic in size) and making its most esoteric aspects accessible. Small wonder, then, that her lively talks preceding performances by Austin Lyric Opera, Conspirare, and the like are almost as eagerly anticipated as the performances themselves. They pulse with the same excitement and music. And even smaller wonder that Perry is so valued as an arts teacher and administrator. Hers is the sort of inspiring approach that can kindle a love of music for a lifetime, and has, countless times over the past 40 years – through her lectures on the lives of composers; through the curricula she's developed for general music studies; through her advisory work and advocacy for the Chamber Music in Public Schools program by Salon Concerts and the Theater Action Project; through her service on numerous nonprofit boards, including the National Guild of Community Schools of the Arts; through her 18 years as director of education for Austin Lyric Opera; and most profoundly, through her 12 years and counting as founding director of the Armstrong Community Music School, the first music school established by an opera company and now an independent educational institution. Baroque music may have lost a great harpsichordist when Perry turned to music education, but Austin gained a peerless missionary for music.