The arts in Austin ISD get a million-dollar boost 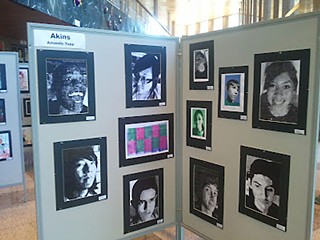 Somebody believes that the arts belong in Austin's schools. Just who that is we aren't being told, but it's someone who's backed that conviction to the tune of $1 million. The anonymous gift, announced at a press conference on May 14 at Lamar Middle School, will establish the Austin Creative Classroom Fund, a resource that will enable teachers in the Austin Independent School District to enhance their course work with creative learning projects and boost students' access to the arts, even for classes outside traditional arts programs.

The fund has spun out of the Any Given Child initiative launched earlier this year when the Kennedy Center for the Performing Arts named Austin one of seven cities in the nation to join this pioneering program for expanding arts education efforts. Under the leadership of Kennedy Center staff, a team of representatives from AISD, city government, area arts groups, and MindPop, an organization that coordinates arts-ed efforts among Austin's many providers and interested parties, is engaged in a yearlong process to find gaps in the current arts education system and devise a long-range plan for filling them.

Of course, a seven-figure show of support from a private source, named or not, is supergood news on that front, and, not surprisingly, a host of eminent figures was eager to share it, even on a broiling Monday afternoon. Mayor Lee Leffingwell was on hand to tout the economic clout of Austin's creative sector, with its 25% growth over the past five years and $4.35 billion in annual activity. Council Member Kathie Tovo noted that every dollar spent on the arts generates $10 or more in additional revenue. AISD Superintendent Meria Carstarphen cited a recent study showing that students in poverty who become involved in the arts stay in school longer and are more likely to go to college, be employed in a job with a future, and volunteerin the community. And, down from D.C., the Kennedy Center's Barbara Shepherd credited the leadership in our school district, city hall, and higher ed and philanthropic communities as the reason her organization chose Austin for Any Given Child, adding that the city has the potential to serve as a national model in providing access and equity in arts education.

Announcing the big gift was Brent Hasty, MindPop executive director, who said the million will be doled out over four years, with a five-member board selecting projects from submissions by AISD faculty and staff. For the first year, the fine arts academies at McCallum High School and Lamar Middle School and any elementary school where more than 60% of students are qualified for the free and reduced lunch program will receive priority. "Creativity and innovation are essential skills for success in the 21st century," Hasty said. "The creation of the fund is a call to action to create an arts-rich environment for all students."

READ MORE
More Any Given Child 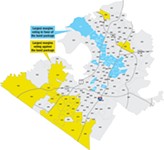 Bonds: 'Death By a Thousand Cuts'
Even with Propositions 1 and 3 passing, AISD's election campaign appeared doomed from the start 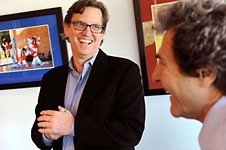 Learning Desire
MindPop thinks about arts education in whole new ways, and what a difference it makes