Matt Bearden knows what jokes you're going to hear at Moontower 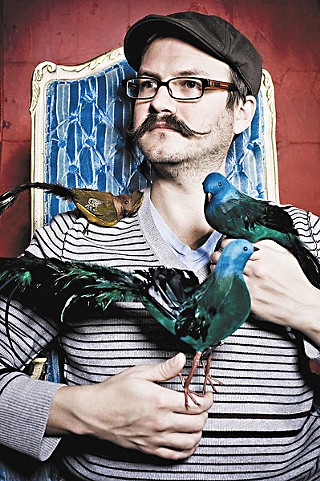 Matt Bearden. Funniest Person in Austin contest winner in 2002. Best Comedian in the Chronicle's 2008 "Best of Austin" issue. Beloved component of the Dudley & Bob Morning Show on KLBJ-FM. Curator and host of Cap City Comedy Club's Punch! show, which has made Tuesday nights in the ATX worth staying awake for. With all this going for him, it's no surprise that Bearden will do four shows during this first Moontower Festival.

Austin Chronicle: What can Moontower audiences look forward to from Matt Bearden? The best of sets you've done in the past or mostly new material?

Matt Bearden: I hope to bring audiences a hybrid of both. I'm looking forward to having old fans come out, so I'll have new stuff for them, and I'd like to show some of the new – or potential – fans some of the old favorites. And, honestly, since I'm lazy and I've never memorized a set, it's always a little different anyway – just 'cause I don't know what I'm doing. If I was good at memorization, I'd be an actor, not a stand-up.

AC: Stand-ups have to be current, they have to address the zeitgeist. So, from what you know of the scene, what are five subjects that we're guaranteed to hear mentioned at Moontower?

MB: 1) Hipsters. Making fun of hipsters has now become so passé, it's actually enjoying a second life as something ironic to do. 2) Tacos. Austinites will put anything in a tortilla. I just had a peanut-butter-and-jelly taco for lunch. Don't expect visitors not to mention it. 3) "You guys sure do drink a lot." Comics love to drink; so do Austinites. Hence, no one has to feel guilty when they crack open a Pearl-Snap at 10am. 4) "Really? Ninety degrees in April?" Our weather sucks. Seriously. Comedians won't be prepared for it. Why? Because they come from a place where it's 70 degrees year round: comic-book stores. 5) Queso. Outsiders aren't always clear on the concept. If I asked you if you wanted to eat a huge bowl of hot cheese with fried spoons, would you do it? 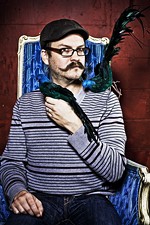