All Over Creation: Unexpected Losses

Sudden deaths make us stop, but they should also make us think 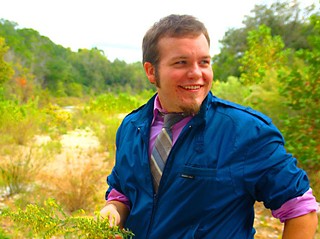 The word began to spread across the Web in a matter of hours: Phil Aulie, a lively force in Austin's improv, slam poetry, theatre, and music communities, had died one week before his 26th birthday. As routinely happens now in these situations, the sad news leapt from friend to friend via Facebook posts, first expressing shock over the suddenness of the event, then paying tribute to the talent, spirit, and accomplishments of the dearly departed.

In Aulie's case, his friends had a lot to recall. He first made his mark as a performing poet, joining Shannon Leigh, Gideon "Gator" Ockletree, and Jay Casiano on the 2005 Youth Slam team to compete in the Brave New Voices International Poetry Slam. Five years later, his slam skills were honed to the point that he made the finals for the very competitive Austin Poetry Slam team. At that same time, he was deeply immersed in the burgeoning local improv scene as a founding member of both Parallelogramophonograph and You Me & Greg. With Doug Pena and Greg Spencer of the latter, he co-founded the band SuperHouse, adding Ben Tyler Humphreys to the mix. Aulie shared his talents on keyboards, drums, bass, guitar, and lap steel with other bands, too (Maryann & the Shaky Hands, Federal! State! Local!, Electric Toy Danger), but he was just as likely to be performing solo on the ukulele, singing his own comic compositions. This past year, he'd turned his attention back to theatre, acting in Biophiliac Productions' staging of the play God's Ear and teaming with Xaq Webb to write and direct an original musical, Mighty Five's Infinite Funk Odyssey, at the Blue Theatre. When someone is that energetic, that active, that committed, giving that much of themselves all the time, death isn't even on the radar.

So it was with Esme Barrera, as well as Gerre Hancock, the great organist and choral director, and with Sue McFarland, the house manager and usher whose love of theatre shone through every time you encountered her, all of whom also died in the first weeks of 2012. We couldn't help but be shocked by their deaths, not because of their ages – some were young, some weren't – but because they were all so engaged with life. The loss of someone like that is the hardest to accept, and it's a shame that we've suffered so much of that already this year. But I've appreciated how people have dealt with it, taking the time to remember not just who their lost friends were but what also they'd done, where they'd worked, who they'd worked with and helped out. That's a testament to the individual's achievements, of course, but it also pays tribute to the larger community in which the individual was involved. Tracing the history of Aulie in the improv scene is a refresher course in how that community has evolved over the last seven years – the kids who were so green when he first stepped onstage are now the teachers of the form and nationally respected professionals in it. In his life lives the tale of Austin improv's growth, as well as creative risk, professional development, and rise to national prominence. The same can be said for Esme Barrera and music, Gerre Hancock and classical, Sue McFarland and theatre. Their lives tell us their communities' stories – the miles they've traveled, how far they've come.

We often lose sight of those stories, caught up as we are in the struggle of putting one foot in front of the other, just getting from day to day. It sometimes leaves us feeling that we've made no headway at all, that we're running in place. These friends we mourn, who gave so much to us when they were alive, offer us this last gift as they leave us: a vision of the progress we've made. When we stop to remember them, let's remember that. It's a comfort of the kind we so need when faced with unexpected losses.