For he's a jolly good fellow

Who knew it paid so well to be rude?

Kirk Lynn, one of the founding co-producing artistic directors of the Rude Mechanicals and the resident scribe of that theatrical tribe, is one of only 50 artists in the country to receive a 2011 USA fellowship grant from the national artist advocacy organization United States Artists, an honor that comes with a $50,000 check. The award caps a year in which Lynn has been all over the map with the Rudes' latest play, I've Never Been So Happy, premiering in Austin and playing Los Angeles; their previous play, The Method Gun, touring to L.A., New York City, Philadelphia, Yale University, and Portland, Ore.; and Lynn's new interactive play, How Much Is Enough? Our Values in Question, developed with Melanie Joseph of New York's Foundry Theatre, going up in Boston and Brooklyn. One wonders when he found time to teach classes in the University of Texas Department of Theatre & Dance, where he's on the playwriting faculty.

But he did, and that's where he was when United States Artists called to notify him of his fellowship, though in his office in the Winship Building's basement, he almost didn't get the news. "My cell phone rings, and I can answer but frequently either I can't hear anything or I can't be heard," Lynn recalls in an email. "In this case, I could hear, but I couldn't be heard. I hung up and ran upstairs and outside to that little island of trees to the right of the main entrance. I called them back and had a nice long talk with the US Artists folks. I remember watching people walk by and having one of those great public/private moments, like when you are first in love on the phone or when someone on the phone is asking you questions about someone who's physically with you. Then I started texting and calling Carrie [Fountain, Lynn's wife]. It was October maybe. A long time ago. I couldn't get a hold of Carrie, and I couldn't tell anyone. It was terrible. I am the worst secret keeper in the world. After I hung up with US Artists and texted Carrie to call me ASAP, I went and bought a cup of coffee and a cookie and left a big tip. It was probably creepy for the tippee."

As for that 50K windfall: Don't worry that the playwright doesn't know what to do with it. "Carrie and I spent the money in a single conversation," he writes. He and Fountain, who's an award-winning poet, will use some to "rent a cabin in the woods somewhere for a month and just do nothing but write and play with the baby and read and be at peace. No email or Internet or movies or TV or phones or bread machines or electric can openers. Just a pile of books and punk and hiphop mp3s." He hopes the retreat will help him finish a draft of a novel about Jesus that he's working on. He'd also like some of the money to go toward "a nice trip with the Rude Mechs copads," and, he insists, "I am going to pay my taxes and not whine about it like all these anti-tax babies. Taxes are patriotic and awesome. I am going to send mine in with a note that I want my 35% or whatever to go straight to the libraries and to be hidden in the most corrupting books they house there: Judy Blume and Wittgenstein." 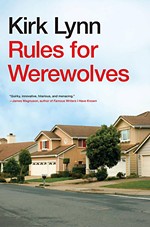