Getting the last laugh on summer

Kacey Samiee
Okay, so the summer of 2011 hasn't exactly given you a hell of lot to laugh about – though it has given you hell whenever you stepped outside. Still, the days of triple digits are numbered, a Monday holiday is on the horizon, and, most liberating of all where your jocularitorial release valve is concerned, OOB is back. God bless the Out of Bounds Comedy Festival, which arrives at the ass-end of August every year to flip the bird at the dog days and give our broiled city a week's worth of improv, stand-up, and sketch at which we can laugh ourselves silly. 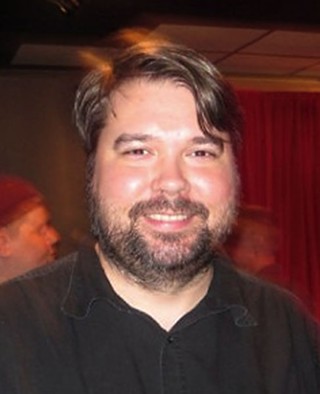 This summer marks the 10th time that the festival has provided Austin this late-summer comic relief, and, not to be outdone by the thermometer, it's offering more than 120 improv and sketch acts between Aug. 30 and Sept. 5, plus five dozen stand-up comics and a trio of films, including documentaries about Lenny Bruce, legendary improviser Del Close, and the Compass Players, out of which came Second City. Of course, a good chunk of these funny folk hail from the ATX, but OOB is increasingly drawing more of its participants from beyond the city limits: Los Angeles, New York City, Toronto, Philadelphia, Amsterdam, and the Second City itself, Chicago. Most of the groups that perform will have names just as unfamiliar and obscure as those of bands playing South by Southwest – Never Pickles, Stripper's Picnic, Margot's Pie – but just as one of that other festival's real pleasures is discovering great music from a band you'd never heard of, a great joy of OOB is having your sides split by some unknown jokester.

Kacey Samiee (improviser with Girls Girls Girls, J/K, and Girl Embassy World Team): "I can't believe it's starting already – it seems so soon. I'm very excited to see the Todd Stashwick show, Skinny Bitch Jesus Meeting is always so good, Montreal improv, FUCT, anything from N.Y. or L.A., and the Tom Booker roast – and I'll be helping to roast him!"

Jonathan Pace (stand-up comedian): "Boom Chicago out of Amsterdam is probably the standout. I'll probably go to the Greg Proops podcast thing, too. I'm actually featuring at Cap City Comedy Club that same week, so between dashing from there to OOB venues for my shows there, I may be running around too much to actually get to see many of the acts."

Steve Donovan (of improv troupe Achatina Achatina!): "[Jill Bernard's] Drum Machine was pretty great last year, and she's playing with Hunnicutt & Grace, which I haven't seen, but Eric Hunicutt was a member of the Reckoning before he moved to L.A. And I hear good things about Switchboard up here in Chicago, and Rebecca Sohn is pretty legendary up here, and they're playing with the Frank Mills – who are some of the most experienced improvisers in Austin – on Saturday night."