Students sing and dance this satire at such a high level, it's astounding 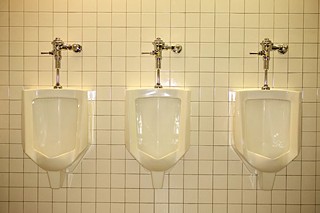 Everybody has pet peeves. I am no exception, one of mine being any show that uses the phrase "the musical" as its subtitle. I guess it offends my sensibilities. In the case of Urinetown: The Musical, I choose to practice forgiveness, but not in an arbitrary way. Urinetown is my favorite musical, but I didn't know it was until I saw this Summer Stock Austin production at the Long Center, so there's no conflict of interest there. I forgive it because Urinetown is so clever and so very, very entertaining. Greg Kotis and Mark Hollmann, the respective writer and composer of this, the most brilliant of all contemporary musicals, take so many conventions – a friendly narrator, a little orphan girl, two families in conflict, a central love interest – and subvert them; the friendly narrator is a killer, the little orphan girl isn't really his friend, and the two families aren't what they appear either. The boy gets the girl, but not even vaguely in the way you might expect. And while it might sound like I'm giving a lot away, I'm not telling you anything that Kotis and Hollmann don't allow you to know or surmise within the first three minutes of the show. And Officer Lockstock, your friendly narrator, uses the phrase "Urinetown the musical" at the very beginning of the show to distinguish it from Urinetown the place, where people are sent if they urinate anywhere but in a publicly approved facility. And that's about all the plot you need to know, because this show is most certainly not about plot.

The show is directed by Michael McKelvey, who has directed every musical in Austin over the last few years. (He hasn't, but it often seems that way, so prolific has he been.) Good thing, too, as McKelvey has become an expert at getting not just the best, but the most he can out of any individual performer. Here McKelvey takes a group of high school and college students and, with the help of choreographers Danny Herman and Rocker Verastique and accompanist and conductor Jason Connor, has them dancing and singing at such a high level that you'll be astounded.

While McKelvey and his crew, including set designer Paul Davis and costume designer Glenda Barnes, deserve much credit for this very fully realized tale, the actors have to execute, and execute they do. They recognize and buy into the idea that they are in a self-referential, Brechtian musical comedy that strays into satire and fable and environmental philosophy, and their performances are broad, melodramatic, wonderfully comedic, and entirely supportive of the material. From Tyler King's upright Officer Lockstock to Nick Catoire's heroic Bobby Strong, from Mikayla Agrella's idealistic Hope Cladwell to Sophia Franzella's plucky Little Sally, there are more fine performances than you can count on one hand.

Before the show, McKelvey holds a live auction of items donated by local businesses, all proceeds supporting the Summer Stock company. More than once he said, "Come on, do it for the kids!" As regards your attendance at this, their latest production, you'd be wise to take his advice.