'The Dudleys!: A Family Game' 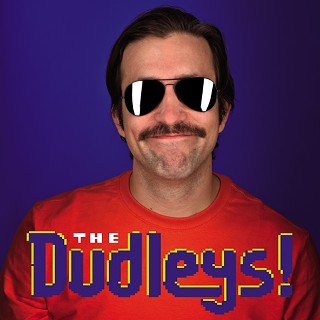 Safe to say that Tutto Theatre Company is not the first group of dudes who have thought about combining vodka and video games. They are the first to have figured out this particular combination, however.

On May 6, Tutto opens The Dudleys!: A Family Game, a new play about a family in crisis from New York-based writer Leegrid Stevens, with financial support from the Tito's Handmade Vodka Arts Exchange Program. The Dudleys! is a play that embraces video gaming on many levels: Characters interact with projections on a screen, they encounter replay upon replay, a series of throwback video consoles including Ataris and Gameboys provides the soundtrack, and, of course, games are played within the play.

So where's the connection between vodka and gaming and theatre (assuming you need one)? It appears to be Southern Methodist University – specifically, the Austin theatre scene has enough SMU grads to make plays happen. In fact, following the chain of connections is sort of like sending Mario through a level, minus the scary turtles and such. Playwright Stevens, a graduate of the SMU theatre program, visited Austin in 2010 for a production of his play Post-Oedipus (produced under the name Steven Gridley) from the Getalong Gang Performance Group, whose founders Zenobia Taylor and Spencer Driggers attended SMU. Fellow SMU grad Nicole Portwood performed in the show in the evenings while working by day as the brand manager for Tito's Handmade Vodka, which led to the Arts Exchange Program connection. Tutto Theatre Company stepped in to produce The Dudleys!, led in part by Matt Ervin, a graduate of you-know-where.

Tutto has used the grant to host Stevens for a three-month residency in Austin to allow him to develop the script more fully. Stevens began working with the idea of a video-game-based play after seeing performances in New York of chiptune, a recent genre of music created using the chips of hacked video game consoles, and the film work of digital artist Cory Arcangel, whose works include installations built from hacked elements of Super Mario Bros.

Says Stevens: "Normally I'm not a fan of video in the theatre, because it's unnecessary. Somebody says, 'It's hot! It's on fire!' and then they show a picture of a fire." To make The Dudleys! work, he says, the video must function as an integrated element of the set.

While Stevens brought much of the A/V component of the show to rehearsals already prepared, the process remained fluid. Music and visual effects are cued from the actors, meaning that humans rather than computers remain in control of the show. "If anything," says director Gary Jaffe, "I just looked at it as part of the script."

Jaffe, who was recently named Tutto's new artistic director, says the challenge of incorporating a two-dimensional, digital genre into a three-dimensional performance piece was part of the appeal to Tutto, whose motto of "Impossible Theatre" has served as a catch-all of sorts for a variety of productions. "We're living in an age in which theatre is almost impossible to make," says Jaffe. "How do we make this thing that is important to us happen in a difficult time?"

All Over Creation: Award Fever
Whenever you feel like throwing a pillow over the Payne Awards, consider this 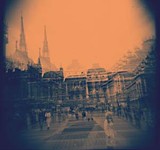 'I Witness'
I see, therefore I am

Tutto Theatre Company
If it's Tuesday, this must be Bomarzo