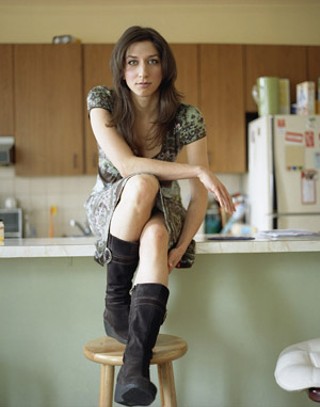 "I've been to comedy festivals big and small all over the country as both a wide-eyed student and as a paid headliner. I've also been involved with comedy and music festivals in Austin, and I don't think local comedy festivals get it 100 percent correct, and I want to get it 100 percent correct." So says Chris Trew, co-founder of the New Movement and a generator of the city's newest comedy festival, Hell Yes Fest, which launched Wednesday, April 6, and continues through Sunday, April 10. As to how he aimed for that 100% correctness with his festival, he started by curating the whole thing. "We don't take submissions, therefore we don't take people's money just to get involved. That's problem number one with comedy festivals all over the country. They charge people money to submit to their event, and then sometimes they charge them again to attend shows. Meanwhile, they aren't doing anything but providing space. We are treating our festival like Transmission treats Fun Fun Fun Fest or like [Austin City Limits Music Festival] treats their fest. We're very big on laying out events all weekend long for our performers, and we're intent on making our visitors feel like royalty."

Obviously, you can count on finding Hell Yes events at Trew's home base, the New Movement at 1819 Rosewood, but Trew has also programmed a 10-group improv marathon at the Spider House Ballroom, 2906 Fruth (Thursday, April 7, 8-11pm); a stand-up show at the Mohawk, 912 Red River (Thursday, April 7, 9pm); a stand-up show at the ND at 501 Studios, 501 N. I-35 (Friday, April 8, 9pm); and a showcase of Los Angeles stand-up comics at Red 7, 611 E. Seventh (Saturday, April 9, 9pm). "I'm a big fan of taking comedy out of comedy venues and into other places, hence all of the shows in music venues in addition to the New Movement," says Trew. For a complete schedule of the festival and more information, visit www.hellyesfest.com.

All Over Creation: A Brief History of Laugh Riots in Austin
As April overflows with comedy festivals, an overview of Austin's celebrations of funny