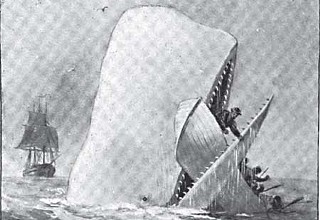 Three plots from three different centuries intersect and overlap to create Lost Land, written and directed by Jennifer Kokai. Each story takes place in the same geographic location: a theme park in one century, a lakeside development in the next, and finally, a post-apocalyptic wasteland. The park used Moby Dick as its questionable theme, which allows for the rather sweet inclusion of the recorded voice of the animatronic whale, once the park's centerpiece, as a means to link all three.

Sound confusing? It is. With a little concentration, after about an hour, you can figure out who each of the characters are and what's going on in these stories. By the end, it even becomes clear how the stories are linked: They are tales of love lost, learned, and gained.

FronteraFest is about trying out new ideas. Kokai shows potential in her work as a writer; the eight actors who make up her cast have some strengths, although on the whole they lack the level of command that helps accomplished actors work their way through a script that's only partway there. It's the sort of production that suggests that in a few years, they may be capable as a company of living up to the promise of the whale. Which is to say, they may someday realize the dream of something greater.