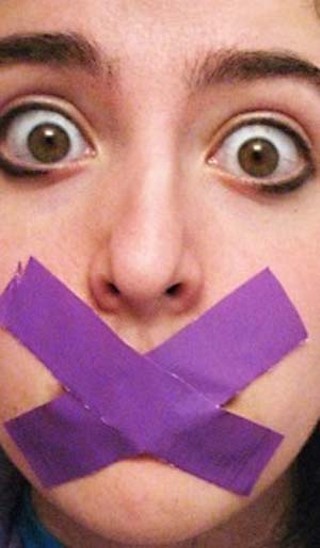 A secret's true power comes not from its hidden nature but from its being shared – if it doesn't reach someone else's ears, it's just a proverbial tree falling in the woods. Being in on a secret is like being a member of an elite club, part of the in crowd. That's really the appeal of Frank Warren's phenomenon PostSecret: being allowed access to the thoughts, feelings, and stories that people are reticent to share with the intimate people in their lives, let alone strangers. People want to communicate. They want to feel that they belong to something beyond themselves. They want to know people share their trials and tribulations, hopes and fears. PostSecret has had unbelievable success as both an online and a real-life meeting place for the sharing of secrets, and it's this sense of sharing and community that really drives the Hideout Theatre's main-stage show Austin Secrets.

Austin Secrets isn't your normal improv show for a variety of reasons. The improvisers don't take suggestions – their inspiration comes from submitted secrets, some from the actual PostSecret website and others submitted directly to them from Austinites and audience members. The line between audience and cast is removed in a very natural way; when a new secret is introduced to the show, the cast gathers around to read from the same screen as the audience. Artistic Director Roy Janik acts as curator of the show, constantly discussing themes and ideas with the audience. The show actively uses the secrets in different ways. In an indirect way, the format reminds me of This American Life, with its varied acts, pleasantly earnest curator/host, and indie rock soundtrack.

Most importantly, Janik and the cast's goal in presenting these secrets is to respect the sentiment and courage behind them. This might not seem that important when the secret revealed is "I really wish she would trim her nose hair more often." But when the topic is something like losing sexual attraction to an obese partner or losing a child, the gravitas comes out in the improv.

While improv is mainly associated with comedy, Austin Secrets goes uncomfortable, awkward, or sad when the inspiration requires it. During the Jan. 8 show, you could feel the audience sag a bit when a serious secret was treated in too silly a way and rise when the secret was given its potentially scary weight. To me, what makes improv so wonderful is not seeing people be spontaneously funny but seeing true theatre without a net. The most arresting moment of the night came on a secret about ignoring an old classmate who was now homeless on the street. I'm willing to bet the three heartbreaking seconds of the improvisers confronting two differing fortunes will stay with the audience more than the surrounding litany of laughs and jokes. It's a lot easier to be funny onstage than truthful, and seeing moments like that is an inspiration.

What truly makes Austin Secrets special is that it's an experience as much as a show. It's catharsis instead of schadenfreude. The audience reacts to the secrets as much as it reacts to the improv, and the show's construct actively tries to share revelations and reactions between the cast and the crowd. Revealing the truth can be a very difficult enterprise. Austin Secrets respects its source material and creates an honest, wonderful night of theatre.