Jokesmith in the on-deck circle 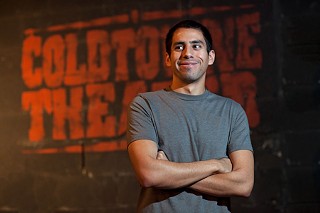 "Hi, I'm Ramin Nazer. Thank you for coming to my stand-up comedy" is how this local 26-year-old rising talent sometimes begins his set. In May, Ramin (pronounced "Rahmeen") placed second in the 25th annual Funniest Person in Austin contest, and he's as much a booster of the Austin comedy scene as an onstage fixture who has distinguished himself with inventive joke-writing chops and an absurdist non sequitur style. That style landed him an official South by Southwest showcase and an appearance on an Independent Film Channel comedy panel earlier this year, as well a gig this past Thanksgiving weekend opening for white-hot comedian/writer Chelsea Peretti at the Addision Improv near Dallas. That's in addition to his occasional Velveeta Room one-off appearances and his ongoing stand-up showcase, Live at ColdTowne, Friday nights.

Nazer, who is secretly Canadian and retains dual American-Canadian citizenship, has been doing stand-up for just over three years. At the mic, he projects confidence without a braying cockiness and exudes playful enthusiasm. With a comedic sensibility akin to that of the late Mitch Hedberg – his most obvious influence – Nazer constructs his act on the foundations that brevity is the soul of wit and onstage segues are for the weak. He also likes toying with the fourth wall: "unexpected surrealism, radical shifts in tone," disrupting an established rhythm, and consciously using the same polite cadence when doing raunchier fare. Still, his act isn't a deliberate exercise in meta. Nazer admits that for him, the mother of invention is a bit of insecurity and the desire to preemptively step on potential audience side comments. He adds: "I've found when I'm on a show where a lot of people are just doing okay and they don't break the fourth wall at all, when I go up I tend to do better in those type of scenarios – when it's like shaking things up. But if other people are doing well, then sometimes it's the opposite, and then I don't do well: 'We just want to watch the comedy; why does he have to break it apart for us?'"

But Nazer just has a proclivity for tinkering. Recently at a Live at ColdTowne show (a fantastic mix of train wreck newbies and seasoned pros), he extrapolated how often the average man thinks about zebra sex and about nerds' revenge: "I noticed high school- and college-age girls, they don't go after the nice guys. They go after the bad boys and the jocks. But then something changes after college, and they get a little older, and they start dating and marrying nerds. It's interesting how that shift happens. So in the end, nerds win! Sorry bad boys, the older, fatter versions of your girlfriends belong to us!"

Another of Nazer's ambitions is to "make jokes where the punch line comes before you think it would, and also it's not one you would think of in your first 10 guesses." This brings to mind his time-release gem: "Here's what the world would be like if there were no slogans: Monday Night Football on Fox is brought to you by McDonald's ... McDonald's."

Nazer's m.o. is to grow the community through his ColdTowne showcase and the (admittedly somewhat dormant) www.lastgascomedy.com website that he co-founded with comedian Albert Im. "I believe in making your own opportunities," he says. "I like doing stand-up, and I like organizing my own shows, and there's no reason to go to New York and start from the bottom." Can Cap City Comedy Club Reclaim Its Throne?
The Austin comedy institution is back, but it returns to a radically changed stand-up scene 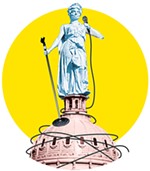 A Guide to Austin Stand-Up
Who makes the jokes, where you can see them, and who keeps the scene running in a city where laughing matters 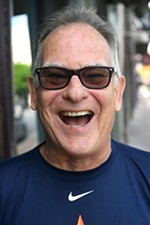 Comics
The stand-up people behind the city's comedy scene