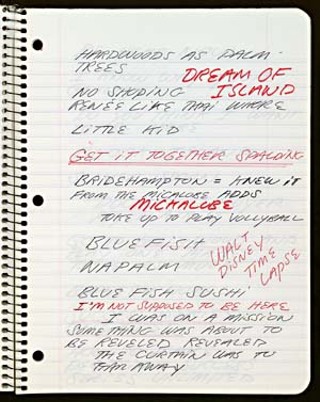 We most likely remember him as a static figure: the man sharing stories woven from his life while sitting at a table, still. But Spalding Gray was in motion in ways that were imperceptible to those of us watching the monologist work his magic in Swimming to Cambodia, Monster in a Box, and Gray's Anatomy. That's the insight gleaned from his archives, newly acquired by the University of Texas at Austin's Harry Ransom Center. The collection's 90-plus performance notebooks reveal numerous notations and revisions in the writer-performer's own hand that show how Gray developed the solo works for which he was best known. In addition, he captured his performances on audio and video and reviewed them to study the audience's response, and these recordings – more than 120 VHS tapes and more than 150 audio cassettes – reveal the refinements he made over the course of a run. Night to night, Gray was moving his work, inching it forward toward a final form, even as he remained still at his table.

The collection, which was in part purchased by the center and in part donated by Gray's widow, Kathleen Russo, also includes more than 100 private journals; the sole edition of Gray's 1981 debut, Seven Scenes From a Family Album; manuscript and draft material from the 1997 work It's a Slippery Slope and the 1999 work Morning, Noon, and Night; unpublished plays, poems, and short stories; and more than 300 letters. With this wealth of material, it will be invaluable to those studying the rise of autobiographical solo performance in the 1970s and 1980s. And it will make a fine companion to the Ransom Center's previously acquired archives of playwrights David Mamet, Terrence McNally, and Lee Blessing, allowing for even broader study of the evolution of American drama in those decades through the writers who emerged then.

The greatest benefit of Gray's archives, however, may be the window they offer into the man himself. While Gray was extraordinarily open as an artist – indeed, his reputation was built on his willingness to share the most intimate details of his personal life in his monologues – even a dozen solo plays and a novel weren't enough to contain his complicated psychology. And the circumstances of his death – disappearing on Jan. 10, 2004, his body recovered from the East River two months later, an apparent suicide – invite further speculation about his state of mind. While his journals don't contain some key to unlocking Gray's character, they do include frank discussions about death, dreams, his own morality, and depression, from which he suffered throughout his life and which was exacerbated by the devastating automobile accident he experienced in Ireland in 2001. These do fill out our picture of this complex man and enhance our understanding of him.

The public will have access to the Gray collection once the materials are processed and cataloged. For more information, visit www.hrc.utexas.edu. 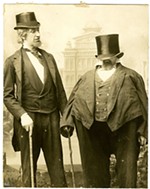 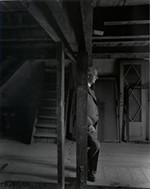 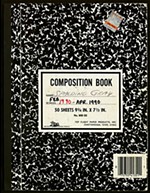 Letting the Monster Out of the Box
Did Spalding Gray have any secrets left for his journal?