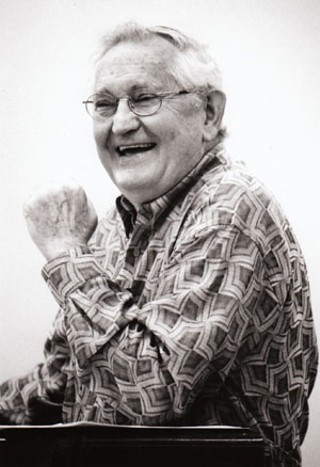 A scholar and a gentleman – the phrase is as apt a one as you'll find to describe Oscar Brockett, who was world-class on both counts. As a historian, he literally wrote the book on theatre – his History of the Theatre has been the gold standard on the subject for more than 40 years, and his The Essential Theatre is equally, well, essential in chronicling the art form's development. And as an educator, a mentor, a colleague, and a friend, Brock, as he was familiarly known, was a model of generosity, humility, kindness, warmth, and supportiveness. (Plus, he wielded a wickedly dry wit.) His passing on Nov. 7, following a massive stroke, left a great void in the world of theatre and in the hearts of thousands who were touched by the man. He was 87.

Theatre history was an unlikely career for a boy who grew up on a tobacco farm in rural Tennessee, where the only theatre to be seen was the odd high school production. But the stage called out to him, and after obtaining his undergraduate degree at a college with no drama department, Brockett made his way to Stanford to begin his theatre studies in earnest. There, he obtained his master's and doctoral degrees, then embarked on a teaching career at the University of Kentucky and Stetson University in Florida. During a seven-year stint teaching playwriting at the University of Iowa, he wrote an introductory theatre textbook, which led to him being asked by a publishing house to write a history of theatre. Once he accepted the challenge, his fate was sealed.

In 1978, after 15 years at Indiana University – Bloomington, Brockett came to Austin as the dean of the College of Fine Arts. After two years in the position, during which he oversaw the completion of the Performing Arts Center and the replacement of the art museum's director, he was so worn out that he had to flee to California to recover. But Brockett spent just one year at the University of Southern California before returning to the Forty Acres, where he spent the next quarter century in the Department of Theatre & Dance. For 19 years of that time, he headed the doctoral program in theatre history, which he built into the No. 1 theatre history program in the nation, as named in a 1989 U.S. News and World Report survey.

Over the decades, as his texts became more influential, being translated into languages from Czech to Chinese, Farsi to Hebrew, numerous honors came Brockett's way: Guggenheim and Fulbright fellowships; an Award of Merit from the American Theatre Association; career achievement awards from the Association for Theatre in Higher Education, Mid-America Theatre Conference, New England Theatre Association, and U.S. Institute for Theatre Technology; a Founders Award from the Texas Educational Theatre Association; and the UT College of Fine Arts' E. William Doty Award. And in 2001, the Department of Theatre & Dance renamed the Theatre Room, its black-box performance space, the Oscar G. Brockett Theatre – one of his greatest honors, considering how much he loved sitting in the dark, watching performances unfold.

Brockett never stopped being busy. Despite his retirement from UT in 2006, he remained active as a writer. The last year was particularly productive, with the 10th editions of History of the Theatre and The Essential Theatre seeing print and a big new book, Making the Scene: A History of Stage Design and Technology in Europe and United States, co-written with Margaret Mitchell and Linda Hardberger, hitting the shelves.

And he never lost his faith in performance, no matter how many flawed productions he saw. To the end of his days, he enjoyed going to plays and seeing the next stage in the history of the theatre. How fitting that in the week following his passing, the theatre that bears his name will open a new play by an artist at the outset of her dramatic career. If you want to honor the spirit of Brockett, you couldn't find a more suitable way than to see that play and support that young playwright. I expect Brock would have wanted to. (Fight, by Kimber Lee – see Arts Listings for details.)

Brockett is survived by his daughter, Francesca Brockett, and her husband, Dr. James Pedicano. In lieu of flowers, contributions may be made to the Oscar G. Brockett Theatre Production Support Endowment in the Department of Theatre & Dance. Send gifts to: University of Texas at Austin, College of Fine Arts, ATTN: Oscar G. Brockett Foundation, 1 University Station-D1400, Austin, TX, 78712-0340. A public memorial service is being planned for some time after the Thanksgiving holiday. For more information, visit www.finearts.utexas.edu/tad. 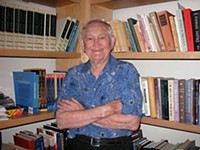