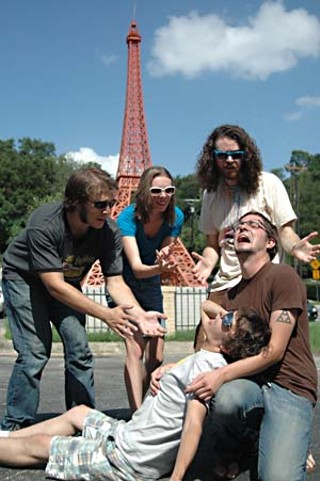 Turn of the Century Paris

In the city that's never at a loss for creativity-crunching competitions – Spam cook-offs, racing wiener dogs, drunk filmmaking, air sex – comes a new one, pitting eight teams of comedic masterminds against one another to see who can create the funniest live sketch comedy show in just 24 hours. The ColdTowne Theater gang, ever on the search for more inventive and perverse ways to present comedy, developed the 24-Hour Sketch Brawl to test the mettle of local wisenheimers, and 10 teams have risen to the bait. The challenge will go down like this: On Friday, Oct. 1, following the debut of ColdTowne's own new sketch show, Mainstage Sketch Lab 3.0 (featuring Chris Baldenhofer of Northshore Local, Elizabeth Brammer of Boy Toy, Teresa Kubos of Sarah 7, Erica Lies of Venn Diaphragm, Bryan Roberts of Ghetto Sketch Warlock, and Justin York of ColdTowne), the competing Sketch Brawl teams will meet to receive specific guidelines and suggestions for their shows to ensure they aren't using any previously written material. They then have 24 hours to conceive, write, and rehearse their shows before they're performed for the public on the ColdTowne stage. (Well, technically they have just 21.5 hours, since they get their instructions at 9:30pm Friday, and the first groups perform at 7pm Saturday, but really, what's 150 minutes in a contest like this? You either bring the funny or you don't.)

Celebrity judges – among them the Chronicle's own Wayne Alan Brenner and quite possibly a puppet (!) – will determine the brawl's winner, which will receive a monthlong run at ColdTowne. The schedule for the shows follows. Proceeds will benefit the fund to find ColdTowne a new and larger theatre. 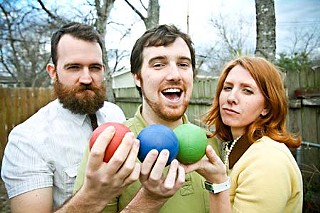