Shakin' up how we see Will 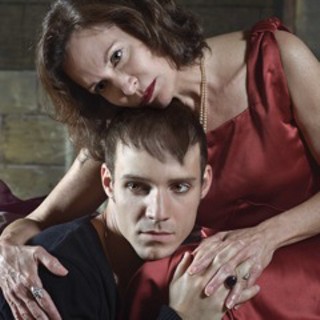 To paraphrase the Bard himself: "What a piece of work is Will! how noble in reason! how infinite in variations!" By which I mean there seems to be no limit to the variety of ways in which Shakespeare's plays are presented. They get set in every era of human history (including a few yet to come), done with large casts and small, in everything from the fussiest period regalia to the most mundane modern streetwear. And this fall's crop of local Shakespeareana offers Austinites a crash course in the range of approaches to Will's works.

This week, for instance, sees dueling Dreams – A Midsummer Night's Dream for those of you who slept through sophomore English – that represent opposite ends of the spectrum in staging that play. On the modern and minimalist side are Actors From the London Stage, making their annual autumnal visit to the University of Texas to give us a taste of how Shakespeare's countrymen do it. For three nights on the stage of the McCullough Theatre (and one night in the Theater Barn of the Winedale Historical Center), this troupe of trained British thespians will conjure all of the comedy's feuding fairies, confused lovers, and rude mechanicals, not to mention the Athenian wood they wander in, with just five actors and a smattering of props and costume pieces. It's a feat of theatrical magic and one that, based on similar productions that AFTLS has brought to Austin, deserves to be seen.

Meanwhile, across the city and under the stars is a production by the Baron's Men that hews to the traditional and spectacular side. At the Curtain Theatre, that scaled-down replica of an Elizabethan playhouse built by gaming magnate Richard Garriott on his Lake Austin estate, these enthusiasts of 16th century drama will use historical staging practices to create something of the feel of a production in Shakespeare's day. Opulent Elizabethan costumes and masks, plus period music and dancing, will give this Athens the air of an English court. It's a rare opportunity – in Austin, anyway – to experience the Dream with this kind of bygone spectacle.

Still rarer is the opportunity to experience Shakespeare's work in the modern reconstruction of his theatrical home. Most of the time, that requires us to jet across the Atlantic, but for one night this fall, the Globe Theatre will be in Austin – on screen, at least. Spinning off the recent success of filmed opera productions in cinemas, Opus Arte, a production arm of the Royal Opera House, filmed three of the Globe's 2009 productions and made them available for international distribution. The Long Center has snapped up one of them for our viewing pleasure, the early comedy Love's Labour's Lost, which The Times of London hailed as "entirely enchanting." Having finally seen for myself last year just how clear, vibrant, and entertaining the Globe can make Shakespeare, I'm thrilled at the prospect of being able to enjoy another staging of theirs, and without having to cross the Big Pond. Filmed stage productions get a bad rap for being flat and uninvolving, but I'm betting that the high spirits and immediacy that make a Globe performance so infectious translate to the big screen intact. Typically, it takes two productions of the same play to provide us with different perspectives on the work, but in his new production of Shakespeare's signature play, Hamlet, Justin Scalise will manage the neat trick of doing it with the same show. How he'll accomplish that is with two runs of the play in dramatically different settings. The first, which opened last week, is in the Scottish Rite Theatre, the oldest of Austin's playhouses with a traditional proscenium arch and sumptuously painted flats from the era of Sarah Bernhardt – in short, a venue in which the traveling players to the Danish court would feel right at home. But in another month, he'll revive the production in the Boggy Creek Masonic Cemetery, where it will be performed by torchlight. In the chill night air and a setting so redolent of mortality, the play's musings on being and not being will no doubt take on a heightened meaning.

To see or not to see? When it comes to Shakespeare, is it really a question?