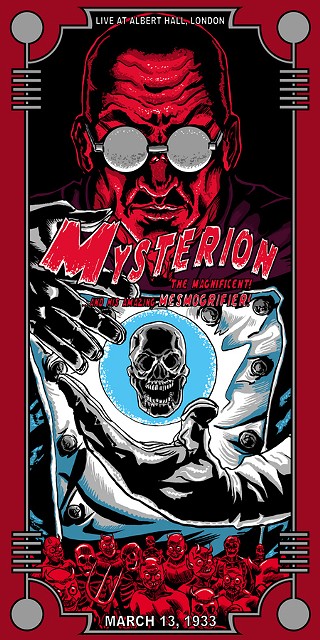 During its 14-year existence, The Intergalactic Nemesis has had almost as many lives as an old radio adventure serial has chapters – fitting, since the Austin-created theatrical hit pays tribute to/sends up those very serials of radio's golden age. What started as a lo-fi attempt at re-creating radio drama with live sound effects in a coffee shop might have ended there, but then the recordings of those live shows were broadcast as a real radio serial on KUT. Then the full serial was staged in a single evening in a theatre. That led to a sequel! Which led to the original serial and sequel being staged in repertory! Which led to a second sequel! Which led to a national tour of the first show! Every time it looked as if this unlikely stage sensation had hit the end of the line, Nemesis would, like the resourceful hero in a cliff-hanger, manage to cheat death and keep going.

And we're far from seeing the final chapter. This year, Jason Neulander, the former Salvage Vanguard Theater artistic director who oversaw the creation of the first Nemesis in 1996 and has been shepherding its development since, collaborated with local artist Tim Doyle to produce a comics adaptation that could be integrated into the stage version. In the "live-action graphic novel," as Neulander calls it in his best Stan Lee manner, Doyle's art is projected above the three actors – improv empress Shana Merlin as plucky newshound Molly Sloan, Mical Trejo as gee-whizzing sidekick Timmy Mendez, and versatile Chris Gibson as time-traveling librarian Ben Wilcott, evil mesmerist Mysterion, and, well, everyone else – as they unfold the story dramatically, with able aural support from Foley artist extraordinaire Buzz Moran and musical wizard Graham Reynolds. Since February, this team has been serving up the latest iteration of Nemesis – a chapter at a time, natch – before selected screenings at the Alamo Drafthouse, where they've been able to hook an entirely new audience on Molly and Timmy's race against time to stop the Zygonian invasion of Earth in 1933. That's all been a long prologue to Labor Day weekend, though, as they've been booked by the Long Center to present the full story in elegant Dell Hall. It's the biggest and most ambitious showing of Nemesis that Austin has yet to see. Will it also be the show's biggest triumph to date? Or could this be the final bow for The Intergalactic Nemesis? There's only one way to find out! Tune in next Friday and Saturday at 8pm!

'The Intergalactic Nemesis'
In the latest chapter of this sci-fi spoof's success story: an international tour and Broadway! 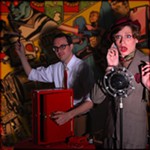 Days of Future Past
The history of Salvage Vanguard Theater's unlikely sci-fi success, 'The Intergalactic Nemesis'