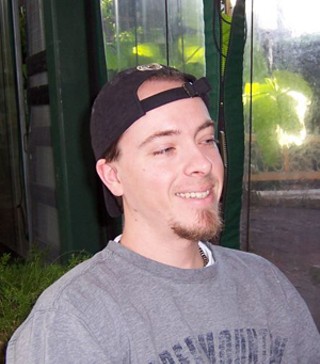 Adam Conaway was not one for the spotlight, but he was no less valuable to the performing arts groups he worked with than his friends who commanded the stage. With the Creative Opportunity Orchestra and the aerial dance company Blue Lapis Light, Conaway did the kind of unglamorous behind-the-scenes work – grant-writing, Web design, publicity, office chores, administrative duties, setup and tear-down – that make all the difference in the survival of small, independent arts groups. He dedicated much of his time and energy to keeping them going, but now he himself is gone. Conaway passed away on Sunday, Aug. 15, eight days shy of his 36th birthday, owing to complications from damage to his liver and kidneys. Conaway was a native of Conroe, Texas, but Austin was the place that came to be home for him, especially among friends such as the late Tina Marsh and Blue Lapis Light founder Sally Jacques, with whom he worked for 12 years. "His creative inspiration and quiet presence was intrinsic to the vision and growth of our work," Jacques says. Conaway is survived by his parents, Hank and Karen Conaway of Huntsville; sister, Anne Elizabeth Conaway; brother, Gregory Scott Conaway, and wife Collin; grandmother Fran Conaway; and niece, Abigail Conaway. The family requests that memorial donations be made to Blue Lapis Light or the charity of one's choice.